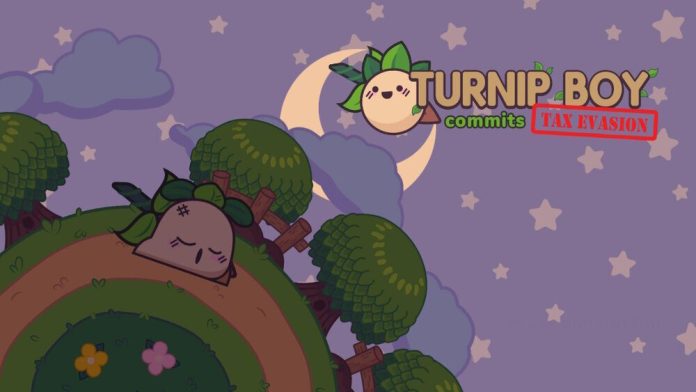 There are so many great indie games on the Nintendo Switch that it’s hard to decide what to play first! With just a few bucks and a few clicks on the eShop, you can download some incredibly high-quality indie titles on your Switch.

I played through dozens of new(ish) indie games to make a few recommendations to get you started.

Here are the five indie games to play right now on the Switch.

Published by The Game Breakers, the same team behind 2018’s Furi, Haven — rated M for mature — is an RPG adventure that follows two lovers, Yu and Kay, as they make their way on an alien planet.

As you play through Haven, you control Yu and Kay, and it’s your responsibility not only to keep them alive but to keep their relationship alive. Just like building relationships in real life, the decisions you make in Haven, even the seemingly small ones, have real effects on the couple’s relationship.

The writing is fantastic, and the way the developers handle the relationship between Yu and Kay is incredibly realistic and incredibly human.

Haven makes you feel something.

One of Haven’s most interesting mechanics is how you traverse the area outside your ship. When you start exploring the planet, you can glide around, almost like you’re hovering a few inches above the ground, making it much easier to cover large swaths of land quickly.

What I love about this game is that you can play solo — controlling both Yu and Kay — but it’s much more fun to play in local co-op with a (romantic) partner.

Originally released in November 2018, 11 bit studios’ Moonlighteris an action-adventure RPG that feels like The Legend of Zelda meets Stardew Valley.

In Moonlighter, you take on the role of Will, the town’s shopkeeper who dreams of becoming a hero. You venture down into the ancient dungeons on the outskirts of town to bring back items to sell in the shop.

The dungeons are home to a wide variety of dangerous enemies. In the style of classic 2D Legend of Zelda games, you progress through different rooms in the dungeons, fighting through hordes of enemies, solving puzzles, and gathering treasure.

The dungeons are a maze, and at the end of each dungeon, you’ll face a final boss. Defeating the boss will grant you access to the next dungeon and more difficult challenges.

As the town’s shopkeeper, you put a price on the items you collect in the dungeons and sell them to your neighbors. As you make more money, you can pay to improve the town, purchase new weapons, upgrade your armor, and more.

The gameplay loop can feel a little repetitive at first, but as you get better weapons and explore more of the dungeons, it gets much more fun and exciting.

Moonlighter is one of those games that makes you look at the clock at 2 a.m. and say, “Okay, just one more run.”

Released in August 2020, Raji: An Ancient Epic is an action-adventure platformer from Super.com. In Raji, you play the titular character Raji, a trapeze performer who gets separated from her brother Golu when demons attack.

Based on Hindu and Balinese mythology, Raji’s plot follows Raji after the gods choose her to go to war with the demon lord Mahabalasura and save Golu. If you’re a fan of video games with great stories, Raji is a can’t-miss indie title.

While the controls feel tight and the combat feels incredibly smooth, it’s nothing revolutionary. As you advance through the game, you’ll acquire new weapons and attacks that make cutting through hordes of demons a lot more fun, but what truly sets this indie game apart is its unbelievable art style.

(The music isn’t bad either.)

Don’t be fooled by the Metacritic score — Raji is well worth your time.

The story follows Adam and Eve — yep, that Adam and Eve — after their exile from the Garden of Eden. Adam goes missing, and, playing as Eve, you go looking for him. Soon, you meet Smelter, a winged creature that acts as your living suit of armor throughout the game.

As you explore the platforming levels, you unlock new abilities for Smelter, giving you even more attacks to use against your enemies. In the strategy sections, you fly over your territory, defending your allies and expanding your empire.

The strategy levels weren’t my favorite, honestly. The game throws a lot of information at you at once, and it’s easy to feel overwhelmed. The platforming, though, was fantastic. The levels are home to various secret areas, difficult enemies, and challenging platforming.

Ever wish you could become a turnip and take an adventure? No? Well, me neither.

Then I played Turnip Boy Commits Tax Evasion, my new favorite indie game on the Switch.

Developed by Snoozy Kazoo and published by Graffiti Games, Turnip Boy Commits Tax Evasion is The Legend of Zelda: Link’s Awakening… if Link was a turnip.

The game opens with Turnip being — you guessed it — evicted from his greenhouse. Playing as Turnip, you have to do work for Mayor Onion to pay off your debt to society.

In the first few minutes of the game, you get a sword and start fighting your way through dungeons and going on simple fetch quests. The combat is simple, but it’s satisfying.

The narrative and characters constantly break the fourth wall, and the humor’s — obviously — absurd.

Turnip Boy is a loving homage to 2D The Legend of Zelda games, and with its constant breaking of the fourth wall and absurd humor, it makes a fantastic addition to any Switch collection.