5 Things I Want to See in Pokémon Legends: Arceus 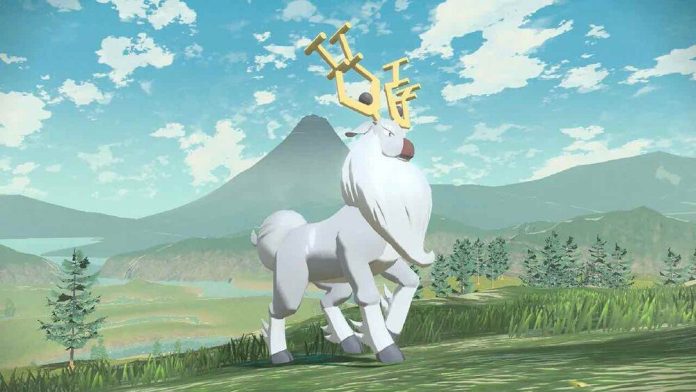 Over the last 25 years, the Pokémon Company has proven (time and time again) that its basic Pokémon formula sells a lot of games.

You’re a 10-year-old kid who — for some reason — leaves home alone to become a Pokémon trainer. The Pokémon professor gives you a starter — always a fire-, water-, or grass-type Pokémon — and you go on your way to explore the region and take on the gym leaders.

It’s fun. But after eight iterations of virtually the same game, it’s time for a change.

With Pokémon Legends: Arceus, the Pokémon Company is promising just such a change. They’re promising a “bold new direction” with Arceus. And from the teaser trailer, it looks like they’re poised to deliver just that: a totally new Pokemon experience that could change the trajectory of the franchise.

With a definitive January 2022 launch date, we now have less than a year (!) to dream about what Arceus could hold for the future of Pokémon. So I started thinking about some of my biggest complaints about Sword and Shield and how Arceus could fix them.

After narrowing them down, I came up with this short wishlist for Arceus — ranging from super easy, no-brainer changes to slightly more complicated (and more unlikely) ones.

Here’s my list of the top five things I’m hoping to see in Pokémon Legends: Arceus.

Sword and Shield’s wild area was a huge step toward adding real exploration to the series. But that taste of an open-world Pokémon game just reminded me how boring and outdated the route system is.

It looks like the Pokémon Company is doubling down on the open-world concept in Arceus, which is great, but it’s not enough to have a huge open world with nothing in it. And I don’t think random Pokémon popping in is going to be enough.

I’ll be the first to admit that Breath of the Wild’s open-world isn’t perfect — I’d go as far as to say that huge sections of the map were… well… boring. But BoTW’s weather, shrines, secrets, Korok seeds, blood moon, and random Yiga Clan attacks added so much variety and kept the world feeling alive.

Pokémon can do the same thing.

Beyond catching ‘em all, we need an open world with collectibles to find, secrets to uncover, and places to get lost. I want an open world that I can truly get lost in — not one that feels like a sandbox.

Customizing Your Character (and Pokémon)

Beyond choosing male or female, facial features, and purchasing different articles of clothing. Take lessons from Let’s Go, Pikachu/Eevee — let us dress up our partner Pokémon.

To say that the Let’s Go games get a lot of heat would be a colossal understatement. But customizing your character and your partner Pikachu or Eevee was a really nice touch.

Sure, Sword and Shield had some character customizations, but I always felt like they were a downgrade from what you could do in Let’s Go.

If Arceus lets us do more with our partner Pokémon — whether it’s dressing them up or playing with them — it would go a long way toward building relationships between the player and his or her first Pokémon. And why stop with the partner? I’d love to put a beanie on my Bidoof. Let’s go!

Do you remember the first time you saw others players roaming around the wild area in Sword and Shield?

It was amazing… for about 15 seconds. Then, I realized that all the other players were actually not really people at all. They weren’t really there. The game was trying to approximate other players to make the world feel more alive.

It wasn’t great. The engagements weren’t happening in real-time, you couldn’t start a battle with someone, and you couldn’t trade.

I get the technological and network challenges that come with making something like an MMO work, but come on. The fake characters are worse than using traditional NPCs. Sure, you can talk to “players” to get items, but why are they there? I would have preferred more NPCs that could explain the lore of the Galar region or give you side quests.

Imagine walking around Sinnoh in Arceus and seeing other real people exploring and catching wild Pokémon. I think this one’s quite a stretch, but it would be incredible.

Arceus takes place “before ideas such as being a Pokémon Trainer or having a Pokémon League even existed,” so it’s safe to assume that this new installment will disrupt the stale Pokémon formula that I talked about earlier.

We know from the Arceus preview that we’re still stuck with the traditional fire-, water-, or grass-type starter, but if Pokémon gyms don’t exist, what’s going to be the challenge?

It has to be more than completing the Sinnoh Pokédex. If you’ve been playing Pokémon for a while, you probably already have all Sinnoh’s Pokémon in your Pokémon Home boxes. Not to mention most of us will have just played through the Diamond and Pearl remakes in November.

It looks like unraveling the story around Arceus could be part of the challenge, but Pokémon isn’t known for its epic storytelling.

There’s no doubt about it: The Pokémon Company is taking a risk here. They’re moving away from a guaranteed formula, but it will be interesting to see what else Pokémon can be.

Sword and Shield didn’t cause all the problems in the trainer-Pokémon relationship. But it made them much worse.

Full disclosure, Blue was my favorite Pokémon game, and I remember actually feeling a connection with my team. (I still miss my original Squirtle.) Winning the gym challenge and beating the Elite 4 was a grind. I burned through so many AA batteries wandering through Kanto, leveling up my team, trading with friends, and exploring every inch of the map. I felt the same way with my Silver team.

But thinking back to my Sword playthrough… eh… I don’t feel a connection with any of my Pokémon. (Well, maybe a little with my shiny Sableye.) By the time I finished the game, I could add a new low-level Pokémon to my team, fight a level-60 Onix, and (because of experience share) grow that Pokémon from level 1 to level 30 with virtually no effort.

Pokémon games are supposed to be about building bonds with your team and growing with them as you move through the world. Arceus can give that back to us. Arceus can slow down the gameplay and force players to spend time with their team, making the Pokémon more like partners and not just pixels on a screen.

I know Arceus won’t give us all the things on my wishlist. But even small changes could make this reimagining of the Sinnoh region so much more engaging than Galar.