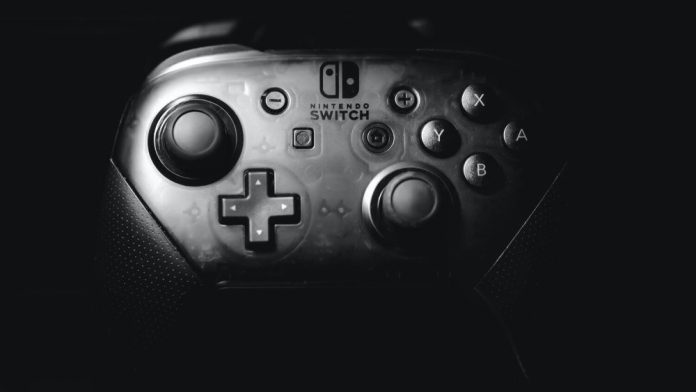 Right out of the box, the Nintendo Switch is a great gaming console, but to truly get the most from your new Nintendo Switch, you should check out the accessories that can take gaming on the Switch to another level completely.

Here’s our list of the 6 must-have Nintendo Switch accessories for 2021!

Arguably, the best thing about the Nintendo Switch is its portability. You weren’t planning on leaving it in the dock forever, right?

You can go from roaming the open fields of Hyrule on your TV to the handheld mode in just seconds. With that in mind, finding a sturdy protective case is a good idea.

Most Nintendo Switch traveling cases have a durable hardshell a pocket for small accessories like earbuds, and a few slots for game cartridges.

Look for a lightweight travel case that has enough room to fit everything you need while you’re on the go.

An extra AC adapter might not cross your mind until the first time you try to travel with your Nintendo Switch.

If your dock’s sitting in your entertainment center, it might be easier to buy a second AC adapter than unplugging your dock and re-running your power when you get back.

Cheaper USB-C AC adapters can damage your Nintendo Switch, so play it safe.

It’s 2021, and Nintendo Switch games aren’t getting any smaller.

Your new Nintendo Switch came with 32GB of internal storage, but with must-play games like the 14.4GB “Breath of the Wild” and the 16GB “Super Smash Bros. Ultimate,” that internal storage fills up fast.

If you’re planning on playing more than a game or two at a time, you’re going to need more storage space. Avoid the hassle with a micro SD memory card for your Nintendo Switch.

Here’s the good news: the price of flash storage has dropped. A lot.

There are tons of cheap micro SD cards out there, but we recommend going with the officially licensed SanDisk microSDXC card for Nintendo Switch. SanDisk’s micro SD cards are fast and deliver the high performance you’re looking for when you’re switching games and loading different saved files.

While SanDisk offers 64GB, 128GB, 256GB, and 512GB options, the 128GB is more than enough for most Nintendo Switch gamers. And it’s usually just a few dollars more than the 64GB card.

The Nintendo Switch is designed to go with you, but adding a Pro Controller gives you the most comfortable gaming experience while your Switch is docked at home.

In your hands, the Pro Controller feels really comfortable, and its button placement and overall design is similar to Microsoft’s Xbox gamepads. The rechargeable battery is long-lasting and sports a USB-C port.

The Pro Controller includes a rechargeable lithium polymer battery, motion controls, HD rumble, and built-in amiibo functionality. But it comes with a stiff $69.99 price tag, putting it around the same price as the Xbox Series X and Playstation DualSense controllers.

Nintendo stays true to its local multiplayer roots with the Nintendo Switch, and having a few extra Joy-Cons around the house can bring back some mid-90s Nintendo 64 multiplayer nostalgia.

With a few extra Joy-Cons, you can also keep gaming when the batteries in your original set are charging.

You can pick up a new set of Joy-Cons for $79.99, and they come in a wide variety of colors. Check out Nintendo’s 3D Nintendo Switch to create your favorite color combination.

With a subscription to Nintendo Switch Online, you can play games with your friends from around the world, but that’s not all. Nintendo gives you cloud storage for your game saves — especially important if you have more than one Nintendo Switch — and you get access to dozens of retro NES and Super NES games!

It’s really cool to carry “Super Mario Bros.,” “Metroid,” and a library of other classic Nintendo games around in your pocket.

For an individual subscription:

If you have multiple people who will be playing your new Nintendo Switch, the family membership might be the smarter option. For $34.99 for 12 months, up to 8 Nintendo Account holders can use your Nintendo Switch Online subscription.