A Blast From the Past: Oddworld: Soulstorm Review 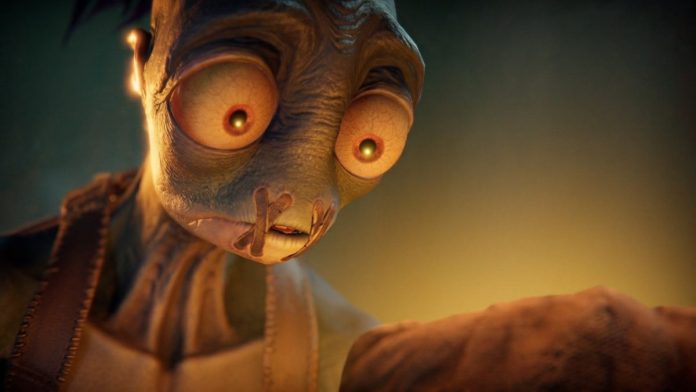 Full disclosure: I received early access to Oddworld: Soulstorm for review, but this review reflects my opinions about the game and hasn’t been reviewed by the developer.

If you were gaming in the late ‘90s, the chances are Abe looks a little familiar, even if you never played Oddworld.

Unfortunately, interest in the Oddworld franchise waned over time.

But lately, Abe’s popularity has been on the rise again. In 2014, Just Add Water rebuilt Abe’s Oddysee from the ground up as Oddworld: New ’n’ Tasty! In 2018, Sony included the original Abe’s Oddysee on the PlayStation Classic. And in 2021, Oddworld Inhabitants released Oddworld: Soulstorm, a reimagining of Abe’s Exoddus for the PlayStation, Xbox, and PC.

Soulstorm picks up right where New ’n’ Tasty left off. Abe, the reluctant messiah of the Mudokon, has liberated his people from Glukkon oppression. While the Mudokons are no longer slaves, they aren’t out of harm’s way yet. Molluk, the main antagonist of the series and CEO of RuptureFarms, is hot on their trail.

If you’ve ever played an Oddworld game, then you know that the story is much more detailed than what you’d typically expect from a 2D platformer, and Soulstorm delivers. The narrative has several branching paths, and you get different endings based on Abe’s Quarma.

Abe’s Quarma score depends on how many people you save throughout the game. Some Mudokons are difficult to find, meaning you’ll need to do some exploration and put yourself in harm’s way to find and liberate them.

On the other hand, if you take the path of least resistance and try to get through each of the 17 levels as quickly as possible, you’ll end the game with a low Quarma score, and you’ll get the dreaded bad ending.

Outside of the story beats, Oddworld Inhabitants delivers a powerful punch of nostalgia with Soulstorm. Each level is a layered puzzle that takes good timing, precise jumps, thoughtful strategy, and a little bit of old-fashioned luck to pass.

My favorite aspect about Soulstorm is the exploration built into every level.

In every level, there are secret areas and hidden items that are tucked away where you’d never expect to find them. The discoverability keeps Soulstorm from being just another boring run-left-to-right platformer. Instead, the game takes a more vertical approach that keeps things interesting (and keeps Abe on his toes).

Speaking of Abe, Abe is a wonderful protagonist, and his character really shines through in this installment in the series. The voice acting perfectly matches the character, and the animations are some of the most stunning and detailed I’ve seen in a Switch platformer.

Perhaps the biggest improvement Soulstorm made to the original source material is how you save your progress. Abe’s Exoddus was panned in the ‘90s for being too damn hard. If you got caught or died in the level, you had to start over. In Soulstorm, there are checkpoints scattered throughout each level, so if you die, you don’t lose much progress. It’s a small change that makes the inevitable trial-and-error Oddworld gameplay worth it.

Unfortunately, not everything about Soulstorm is so great.

Jumping into Soulstorm isn’t as quick and easy as it should be. Load times between levels are horrendous. They’re so bad that I wanted to time them just to see if I was imagining it. It took 32 seconds for me to go from the title screen back to the level I was working through. (As much as I love the original PlayStation, long loading times are one thing I don’t miss about PlayStation games.)

Moving Abe feels clumsier than I remember from the original games. In a platformer, there’s nothing more important than tight controls, but Soulstorm feels so sluggish. And the controls don’t feel natural — almost constantly, I was pressing the wrong button, accidentally alerting Sligs to my location or running into a blazing fire.

As much as I enjoyed Soulstorm, I can’t emphatically recommend it to everyone.

Even with the new checkpoint system, this is an old-school difficult game, and I don’t think it would translate well to younger players. But if you’re a slightly older gamer who remembers Abe from your PlayStation days, you’re going to love returning to Oddworld, especially now that you can take that experience with you on the go with the Nintendo Switch.

For me, Oddworld: Soulstorm is a fun blast from the past that reminds me of just how interesting — and frustrating — fifth-generation console games were.

Oddworld: Soulstorm is releasing on the Nintendo Switch on November 8.