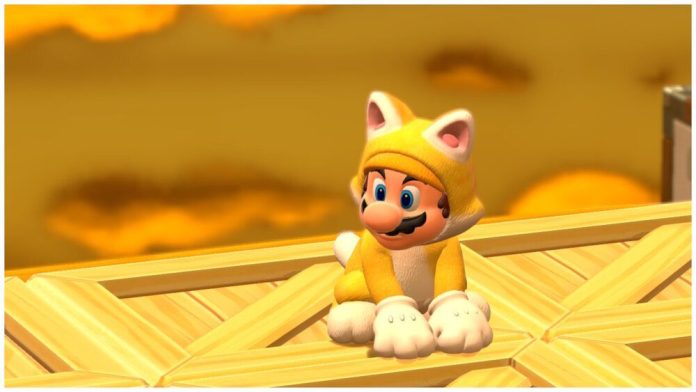 This article’s been sitting in my drafts folder for months. But after a recent raucous debate with an 8-year-old Mario fan over which power-up is best, I decided to finish it. (He’s a fan of the Super Star and doesn’t appreciate my nostalgia for the Fire Flower.)

As the Italian plumber says, “Here we go.”

Originally released on the Wii U way back in 2013, Super Mario 3D World took what made Mario’s other 2D side-scrolling adventures so memorable and combined it with 3D World’s free-roaming gameplay to make one of the best Mario games in the franchise.

And a not-so-small part of what makes 3D World such a great Mario game is undeniably the power-ups.

Nintendo dug through decades of Mario games and handpicked the best power-ups from the franchise. And then they went further — they added the Cat Suit, one of the most fun — if slightly game-breaking — power-ups Mario has ever had.

With all these great power-ups in one game, it’s only natural to make a subjective ranking of them all, right? On a slightly more sincere note, Super Mario 3D World gave me a good excuse to reflect on Mario’s awesome power-ups and how they’ve evolved since they were first introduced in the franchise.

So with the preamble out of the way, here it is: my completely biased, unscientific ranking of all Super Mario 3D World power-ups.

It’s an understatement to say that the Super Star — also known as the Invisibility Star — is iconic. It’s been around since 1985’s Super Mario Bros. World 1-1, and it largely hasn’t changed since then.

When Mario grabs a Super Star, he can run faster, and he’s invisible for a few seconds, making it easy to cut through hordes of enemies and dash to the flag pole with style. In later iterations, the Super Star also gives Mario the ability to somersault when he jumps.

The Super Star is a great Mario power-up. Even today, grabbing a star and running through a line of Goombas takes me back to my days on the NES. But my nostalgia aside, I think this power-up works better in a 2D environment. When you’re moving in three dimensions, it’s so easy to avoid enemies. The Super Star is the worst power-up in 3D World.

First appearing in 2011’s Super Mario 3D Land on the 3DS, the Invincible Super Leaf is basically the Super Star, but it doesn’t have a specific time limit. As long as you don’t fall off the side of the course, you keep your invisibility throughout the level.

I’m ranking it a little higher than the Super Star simply because it gives Mario a White Tanooki Suit. (Who doesn’t love a good Tanooki power-up?)

The Mega Mushroom makes Mario… well… mega, destroying everything in his path. It originally appeared in 2002’s Mario Party 4 for the GameCube. 3D World is the first 3D Mario game where this power-up makes an appearance, and it’s fun to use exactly one time.

Like the Super Star, it just makes things too easy. You don’t have to jump over small gaps and enemies can’t hurt you, so you just waltz your way to the flagpole, leaving a trail of destruction behind you.

The Super Mushroom — or Magic Mushroom — has been around since Super Mario Bros. on the NES, and it’s still as solid of a power-up as it’s ever been. The Super Mushroom makes Mario grow taller — and in 3D World, he gets his hat — and lets him take a hit from enemies without dying.

You might not know this, but the Super Mushroom is actually based on a real mushroom — amanita muscaria. It’s the same mushroom — a red cap with white dots — that made Alice small in Alice in Wonderland.

I gave this away in the intro, but the Fire Flower is my absolute favorite Power-Up. Back in the NES days, Mario threw his first fireball in Super Mario Bros. World 1-1. Everything about it was perfect. You could throw fireballs, but unless you paired it with a jump, you couldn’t hit enemies directly in front of you. It all led back to the game’s central attack: Mario’s jump.

As in the original game, in 3D World “Fire Mario” retains his iconic look: Mario’s hat and shirt turn white and his overalls turn red. Like the Super Star, though, the Fire Flower probably works better in a 2D environment. Throwing fireballs in a 3D space isn’t the greatest experience (and it’s probably why the power-up wasn’t included in the original Super Mario 64).

In Super Mario Bros. 3 on the NES, the Boomerang Bros were some of the most annoying enemies in the game. They were like the Hammer Bros from the original Super Mario Bros., but instead of their tools just falling down, they came back — as the name suggests — forcing Mario to dodge the same boomerang twice!

Super Mario 3D Land put the power of the boomerang in our hands for the first time with the Boomerang Flower. In 3D World, the boomerang is an awesome power-up that not only helps Boomerang Mario take down enemies — it can also help him get to hard-to-reach items and switches.

What can be said about the Tanooki Suit that hasn’t already been said about sliced bread?

When Mario grabs the Super Leaf, he transforms into Tanooki Mario — not to be confused with Raccoon Mario. Shigeru Miyamoto introduced the Tanooki Suit to the Mario franchise as an homage to Japanese folklore.

In Super Mario Bros. 3, the Tanooki Suit let Mario fly for a few seconds after a running start. He could even turn himself into a statue, briefly letting Mario hide from enemies. In 3D World, though, the Tanooki Suit works a little differently.

In 3D World, Mario can float during long jumps and spin his tail to attack enemies. It’s still a great power-up, but wouldn’t it be awesome to fly around some of 3D World’s maps? Even for just a few seconds? (It could work like the Wing Cap in Super Mario 64!) The 3D World Tanooki Suit also loses the ability to become a statue to evade enemies.

The Super Bell makes its debut in 3D World and is, undoubtedly, the star of the show. When Mario finds a Super Bell, it transforms him into Cat Mario. In his catsuit, Mario gets all kinds of new abilities — he can climb walls, pounce, and use his claws to scratch enemies. I like the yellow coat with a white belly. The amiibo even has a textured design to make it look like fur.

In some areas, Cat Mario’s wall-crawling abilities feel a little like cheating, though. When you can climb up virtually any wall, you get sloppy. But Nintendo’s done a good job of hiding secrets that can only be accessed with a catsuit. That’s fun.

My favorite thing about the Super Bell is that it’s a throwback to older power-ups that give Mario an animal’s abilities. In Super Mario Bros. 3, the Tanooki Suit was based on a tanuki, and the Frog Suit turns Mario into a frog. In the awkwardly titled New Super Mario Bros. U, the acorn transforms Mario into a flying squirrel. I’m probably missing a few animalistic power-ups, but Cat Mario is a welcome addition to the Mario franchise’s animal kingdom.

When Mario finds a Double Cherry, it clones him, letting you play as two Marios at once! It’s a really fun power-up that gets even more fun when you collect more Double Cherries. The Double Cherries multiply, meaning you can have a dozen Marios running, jumping, and taking on enemies throughout the course.

The Lucky Bell, or the Brown Super Bell, gives Mario the Lucky Cat Suit (and with it, the ability to climb walls, pounce, and scratch enemies). But it also lets him transform into an invincible golden statue that gives him coins when he ground pounds! As he falls, he’s totally invincible, which is a nice touch. It’s not that coins are all that important in 3D World, but the nod to Super Mario Bros. 3’s Tanooki Suit statue is awesome. It’s rarity also makes it an interesting power-up. In my playthroughs of 3D World, I’ve only seen a handful of Lucky Bells.

So there it is — my totally nostalgia-clouded ranking of Super Mario 3D World’s power-ups. With the addition of Bowser’s Fury with the Nintendo Switch port of 3D World, these power-ups get even better. Running around as Cat Mario in a totally open world gives you a glimpse of what might be to come in the successor to Super Mario Odyssey….