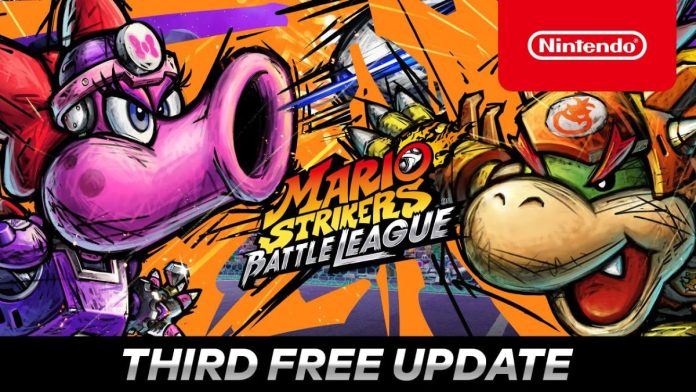 This marks the third major update for Mario Strikers: Battle League since Nintendo released the game back in June. The free update will also include a new stadium and some new gear for players to experiment with.

Bowser Jr. looks like a nicely balanced player, while Birdo appears to be much more offensive on the pitch. The new Shellfish Gear that’s packaged with this update can be used to improve the speed and technique of characters. The new stadium, Urban Rooftop, can be used for quick matches or assigned as the Club Stadium.