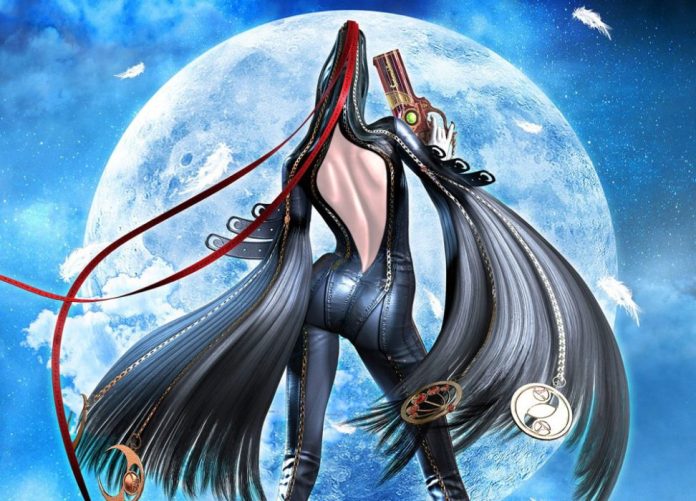 Bayonetta follows the adventures of the titular hero, Bayonetta, a witch who fights angels and demons with gunheels, magic, and even her own hair, which can be transformed into various weapons and forms. This highly influential game is beloved by fans and critics for its fast-paced, stylish combat and a wide array of over-the-top enemies and boss battles.

Today, we’re celebrating the 13th anniversary of Bayonetta with a look back at what made the game so unique.

Bayonetta was developed by PlatinumGames, a Japanese video game development studio formed in 2006 by a team of veteran game developers, including Kamiya, the director of Bayonetta. The game was the studio’s first project, and it proved to be a risky and ambitious undertaking for the new studio.

According to Kamiya, the idea for Bayonetta was inspired by his love for Devil May Cry, another action-adventure game action developed by Kamiya during his time at Capcom, and his desire to create a game that was even more over-the-top and stylish. The character of Bayonetta was specifically designed to be a female counterpart to Devil May Cry’s Dante.

In addition to the internal development team, Bayonetta also had a number of external collaborators, including the game’s composer, Masami Ueda, and its character designer, Mari Shimazaki.

The game’s iconic and highly sexualized character design was the result of collaboration between Kamiya and Shimazaki, with Kamiya providing the concept and Shimazaki bringing it to life through her illustrations.

Even for gamers who’ve never played a Bayonetta game before, Bayonetta herself is instantly recognizable because of her iconic character design.

The game’s iconic and highly sexualized character design was the result of collaboration between Kamiya and Shimazaki, with Kamiya providing the concept and Shimazaki bringing it to life through her illustrations. When Shimazaki created Bayonetta’s character design, Kamiya gave her three things to keep in mind: the character is a female lead, she’s a modern witch, and she uses four guns.

Shimazaki notes that when designing Bayonetta, she wanted her to have longer, more proportional limbs — a departure from how many action games depicted their female characters, with thin and short limbs. Ultimately, Shimazaki says that Bayonetta’s final design presented her as a “strong” and “fashionable” female character.

But Shimazaki’s strong and fashionable character design has been controversial in the gaming community. Some praise Bayonetta as a positive portrayal of female sexuality, but others criticize her as an objectified and unrealistic portrayal of women.

Despite the controversy surrounding her character design, Bayonetta has gained a massive and dedicated fan base, and she has become a symbol of female empowerment and representation in the gaming industry.

But Bayonetta’s impact extends far beyond just the character design. The game’s fast-paced and fluid combat system, which allows players to chain together combos and special moves, keeps combat fresh and exciting.

Despite the challenges and setbacks, the development team persevered and poured their passion and creativity into the game. Their hard work paid off when Bayonetta was finally released to critical acclaim and commercial success.

Despite the controversy, Bayonetta‘s reception was overwhelmingly positive, and the game has since become a classic and beloved title in the gaming industry.

Since its release in 2010 and 2011, Bayonetta has received widespread critical acclaim and commercial success. Critics and fans alike praised the game’s fast-paced and fluid combat, challenging boss battles, and the depth and complexity of the game’s story and world-building.

The game has received numerous awards and accolades, including Game of the Year awards from various publications and a BAFTA award for Best Action Game.

The Bayonetta Universe: The Sequels, Prequels, and Spin-Offs

Announced at a Nintendo Direct in September 2012, Bayonetta 2 was the first game in the series to be published by Nintendo, positioning Bayonetta 2 as a Nintendo Wii U exclusive. The game was later released in 2014. The latest sequel, Bayonetta 3, was also published by Nintendo and was released in October 2022. Bayonetta 3 was nominated for the Ultimate Game of the Year category at the Golden Joystick Awards in 2022, and it won Best Action Game at The Game Awards in 2022.

One of the most notable spin-off titles is Bayonetta: Bloody Fate, a 2013 anime film adaptation of the game directed by Fuminori Kizaki. The film follows the story of the original game and features new scenes and character development, as well as a new ending.

In addition to these spin-off titles, Bayonetta has also appeared as a guest character in a number of other games, including the Super Smash Bros. franchise, giving the character exposure to a wider audience and to further cement her place as a beloved and iconic character in the gaming industry.

Since its initial release in 2010, Bayonetta has seen a number of re-releases and editions that have brought the game to a wider audience and provided new content for fans.

In 2014, Bayonetta was re-released on the Wii U in a bundle with its sequel, Bayonetta 2. The bundle, called Bayonetta 1 + 2, was exclusive to the Wii U and featured improved graphics, faster loading times, and amiibo support.

In 2017, Bayonetta was re-released on the PlayStation 4 and Xbox One in a bundle with its sequel and all of the game’s DLC, called Bayonetta: Non-Stop Climax Edition. This edition featured improved graphics and performance and marked the first time the original Bayonetta was made available on a PlayStation platform.

In addition to these re-releases, Bayonetta has also been ported to other platforms, including PC and the Nintendo Switch, making the game more accessible.

Over the past 13 years, Bayonetta has solidified its place as a classic and influential game in the industry, and its impact can still be seen in countless games and franchises today. As we celebrate the game’s 13th anniversary, it’s clear that Bayonetta‘s legacy will continue to inspire and entertain players for years to come.