Digimon Survive Gets A Release Date 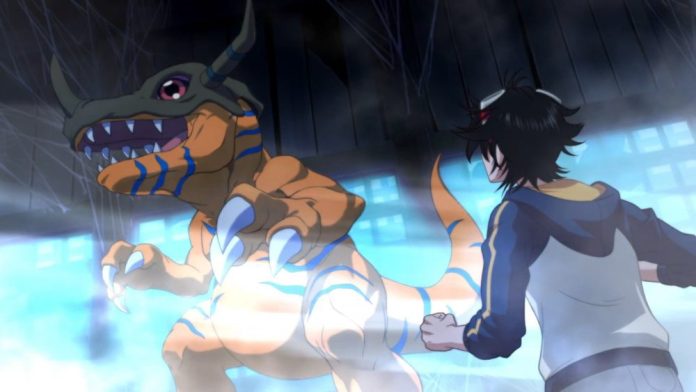 Your second-favorite — okay, maybe third- or fourth-favorite at this point — digital pocket monster franchise is back in the headlines. That’s right, years after its initial announcement, Digimon Survive finally has a release date. In Japan, Digimon Survive will release on July 28, and the English version’s release will follow on July 29.

Producer Kasuma Habu announced the Western release date in a short “Developer Update” on YouTube. In the video, Habu apologizes for the radio silence on Digimon Survive, but he says that fans of the series can expect more exciting news coming soon.

Habu’s video message is less than a minute long and includes no game footage, no sneak peeks, and no details on what “exciting news” is coming.

For long-time fans of the Digimon series, any news is good news. Bandai Namco originally announced Digimon Survive way back in 2018, and the original release date was in 2019. Since then, Bandai Namco has continued to push the release date back, understandably fueling rumors about the game being canceled.

For Switch owners who aren’t as familiar with Digimon as that other huge pocket monster game, Digimon Survive deserves a look.

At first glance, Digimon might look like a Pokémon clone, but this franchise has a lot more going on. Unlike the mainline Pokémon games that the Pokémon Company has released for the Switch in the past few years, Digimon Survive is a more dramatic take on digital monsters, delivering a more mature story with more fully developed characters and story arcs. The actual gameplay is quite different as well.

Digimon Survive is a visual novel with some tactical RPG elements mixed in, like turn-based combat. Like other visual novels, Digimon Survive is set to have multiple endings, depending on your choices throughout the game. Bandai Namco promises that from choosing allies to Digivolutions, “every decision counts.”

Even if it turns out that the developers are overselling how much your decisions in the game ultimately matter, it’s awesome to see a firm release date for Digimon Survive, the game that’s meant to celebrate the franchise’s 20th anniversary.

In the Western world, Digimon Survive will release on July 29 for the Switch, PlayStation, XBOX, and PC.