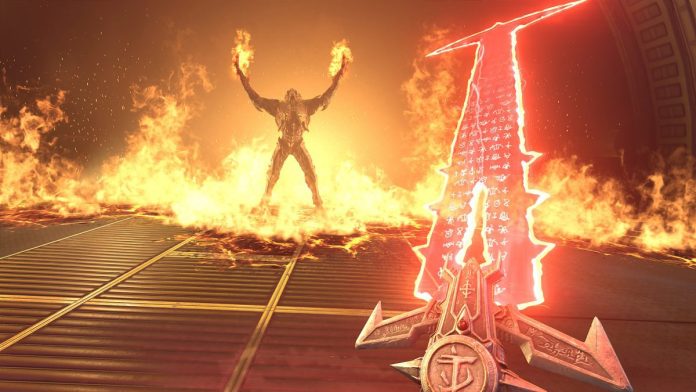 Back in 2020, Bethesda disappointed Switch collectors everywhere when they announced that, although Doom Eternal would be coming to the Nintendo Switch, it would be only available digitally. Years later, Doom Eternal is getting the Limited Run treatment, giving collectors a chance to grab a physical version of Doom Eternal for the Switch.

Limited Run’s page for Doom Eternal is now live, but pre-orders won’t begin until July 8. Details are still pretty limited, but the publisher has confirmed there will be a standard, steelbook, special edition, and ultimate edition for Doom Eternal on Nintendo Switch. Limited Run Games hasn’t confirmed if the DLC will be included with this physical edition.

The most interesting thing about Limited Run publishing a physical run of Doom Eternal is how they’re going to fit such a huge game on such a tiny cartridge. On the Playstation 4, Doom Eternal runs around 70 gigabytes. For comparison, Switch cartridges max out at 32 gigabytes.

You can pre-order Doom Eternal for the Nintendo Switch on July 8, and prices will start at $59.99.