Dread Will Be the Biggest 2D Metroid Ever. Here’s Why 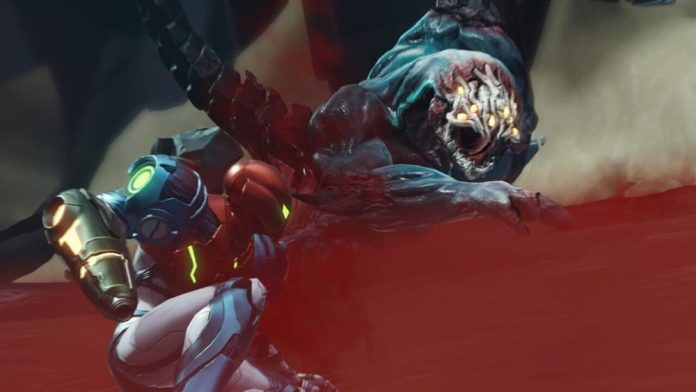 Ever since 1986’s Metroid on the NES, the franchise has had its diehard fans.

They’ve stuck with Samus through the good times — Super Metroid (1994), the Metroid Prime Trilogy (2002, 2004, and 2007) — and the bad — Other M (2010) Federation Force (2016), and the great 2D Metroid drought that began in 2002 and stretched until 2021, the fans never lost the faith. They’ve been patiently waiting for a new installment in the Nintendo franchise, believing that the next one is right around the corner.

After almost a decade, Nintendo responded with Metroid Dread, a fast-paced, stylish take on the same basic formula that made Super Metroid such a blockbuster on the SNES.

But for Nintendo and Metroid diehards alike, there’s a lot riding on Dread. And for as influential as 2D Metroid games have been for the video game industry, they don’t tend to sell particularly well. (And franchises that don’t sell well don’t get attention.)

But with Metroid Dread’s release date inching closer and closer, it finally looks like Metroid is getting the hype it deserves. Dread looks to be the franchise’s best shot at bringing Samus Aran to the masses.

Nintendo’s betting big on Metroid this holiday season, and I think it’s a safe bet.

Metroid Dread will be the biggest 2D Metroid ever. Here’s why.

A few weeks ago, I was having a conversation with a 40-something casual gamer friend, and I asked if he was picking up Metroid Dread.

He hadn’t heard about it. But as soon as I described it, he pulled out his phone and pre-ordered.

This guy grew up on 2D Metroid games, and he didn’t know anything about Dread. He loves Metroid, but he hasn’t played a 2D Metroid game since Super Metroid on the SNES.

He’s the kind of person that Nintendo needs to buy Metroid Dread.

So how do they do that?

I think it comes down to putting it on a home console.

Metroid and Super Metroid were popular home console releases, but since then, 2D Metroid has been stuck on Nintendo’s handheld systems. Metroid II: Return of Samus was a Game Boy title. Metroid Fusion arrived on the Game Boy Advance. And even the remakes — Metroid: Zero Mission and Samus Returns — were handheld games.

Sure, Nintendo’s various Game Boys and DS systems were great — some of the best handhelds ever made — but launching a game exclusively on the Game Boy Advance or 3DS will limit its appeal.

The target market for handhelds is different from consoles. After all, who tends to buy and play handhelds? Kids. No offense to kids, but Metroid is a mature series. Not “mature” as in “M is for Mature” — ”mature” meaning they’re tough, complicated games. If Super Mario is the most accessible Nintendo franchise, Metroid is definitely the least accessible. (With Zelda somewhere in between.)

Putting Dread on a console — especially one as successful as the Switch, with more than 90 million units sold — puts it in the hands of older gamers. These are the gamers who leave their Switch docked 90% of the time.

Making Dread successful is all about making it easy to play for the audience that’s receptive to it, and the Switch’s form factor does just that.

Let’s be honest — for the rest of 2021, Nintendo’s lineup of first-party titles is a little lackluster.

WarioWare has received generally positive reviews, but its appeal is limited.

That leaves Metroid Dread as the only new single-player experience on Nintendo’s holiday list.

And Nintendo’s been pushing Dread hard.

Releasing Dread on the same day as the new Switch OLED model isn’t an accident. Even the white Joy-Cons match Dread’s E.M.M.I.!

I think Nintendo paired the release of the game with the new hardware to show off the OLED’s screen. Metroid Dread looks incredible, and the dark atmosphere and deep blacks we’ve already seen in the gameplay are going to really pop on the new OLED screen.

Metroidvania mania has totally taken over the Nintendo Switch — especially the indie market. Hollow Knight, Axiom Verge and Axiom Verge 2, Shantae, Ender Lilies, Chasm, Aggelos, and hundreds of other games on the Switch owe everything to the Metroid and Castlevania franchises.

The Metroidvania genre has never been more popular, and with Metroid Dread, Nintendo has the opportunity to reinvent the genre and show the world what a Metroidvania can and should do in 2021.

Metroid Dread can be to metroidvanias what Super Mario Odyssey is to 3D platformers and what Breath of the Wild is to open-world games.

I think it was a very smart move for Nintendo to title this game Metroid Dread. It’s not Metroid 5 or even Metroid 5: Dread. The simple title Metroid Dread is inviting to people who have lost touch with the series. They don’t necessarily feel like they’re missing out on anything. It doesn’t even sound like a sequel. It’s almost like a reboot.

Obviously, there’s a lot of the Metroid story to catch up on, but the promo material makes Dread look like a straightforward 2D action-adventure game. Unless you’re deep into Metroid lore, you’ve totally missed the Chozo, Kraid, and all the other little spoilers — uhh, I mean “easter eggs” — in the trailers.

Dread feels like a fresh start, and that’s going to make it inviting to Switch owners who haven’t been following every twist and turn in the Metroid saga since the late ‘80s.

So with all that said, I could be totally wrong. Maybe Metroid Dread will only sell 2 million copies. But this is the franchise’s best shot at recapturing older gamers and turning on a new generation to the awesomeness that is a fresh 2D Metroid game.

Check out our Metroid Story Recap.