Everything We Know About Super Mario 3D World + Bowser’s Fury 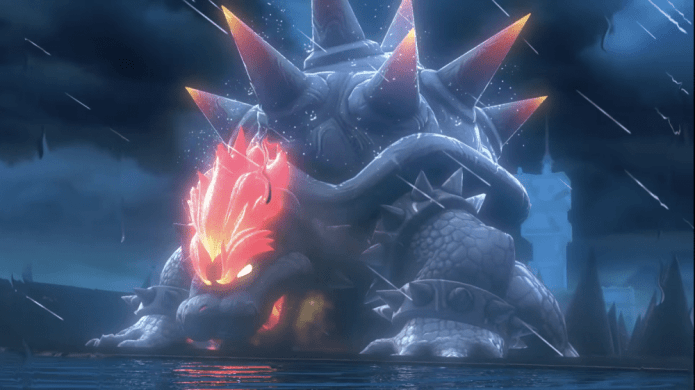 Here’s everything we know about Super Mario 3D World + Bowser’s Fury for the Nintendo Switch.

When Super Mario 3D World + Bowser’s Fury was first revealed in September 2020 during the Super Mario Bros. 35th Anniversary Nintendo Direct, we didn’t know much about it at all.

It seemed inevitable that Super Mario 3D World would eventually be ported over to the Nintendo Switch, but what was Bowser’s Fury? During the Direct, the only hint we got was a moody, stormy open-world scene with Cat Mario sitting in front of a Sphinx-looking cat statue… a much different setting than Super Mario 3D World’s linear and colorful levels and overworld map.

But this week, about a month away from the release of Super Mario 3D World + Bowser’s Fury, Nintendo released a teaser trailer and an overview trailer, filling in some of the details we’ve been wondering about since last September. Nintendo’s billing this enhanced port as “two adventures in one game,” adding to the anticipation.

As the name implies, Super Mario 3D World is a 3D platformer like Super Mario 3D Land on the Nintendo 3DS.  You play through various levels to reach the goal pole at the end.

A callback to the North American version of Super Mario Bros. 2 and some of the simultaneous multiplayer Mario games that came after it, you can play as Mario, Luigi, Peach, and Toad. Each character has a special ability. Mario is the perfect all-around good character, Luigi returns with his famous long-jump, Peach uses her dress to hover, and Toad can dash quickly.

Super Mario 3D World also includes Snapshot Mode, a new feature in this port that lets you freeze time as you play and take pictures! You can zoom in, move around, apply filters, and add stamps you’ve collected from different courses. It’s a fun and creative way to spice up your screenshots.

Many of the power-ups you know and love return.— including Fire, Tanooki, and Boomerang Mario — but this game’s special power-up is the Cat Suit. When you grab a Super Bell, you transform into Cat Mario. As Cat Mario, you can run fast, climb walls, and use your claws to take down enemies. The Cat power-up also lets you perform some cool cat-like maneuvers, like dive bombs.

Maybe one of the most exciting things about the Super Mario 3D World port is its multiplayer. Up to four people can play at the same time, competing against one another for high scores or cooperating to clear courses. If your friends have Super Mario 3D World for the Switch, you can even play online! All you need is an Internet connection and a Nintendo Switch Online membership.

Billed as “a whole other adventure,” Bowser’s Fury takes place in the Cat Kingdom, an open world that’s made up of a range of islands floating on a huge lake. As Mario, you ride Plessie the nothosaur across the lake and explore the islands in the Cat Kingdom for Cat Shines.

Bowser Jr. is also along for the ride. It looks like Bowser Jr. acts like Cappy in Super Mario Odyssey, a playable character for local multiplayer. It’s unclear if Bowser Jr. sticks around while you’re playing in single-player, though.

It’s also not clear why Bowser Jr. is helping you, but it might be to save Bowser from some sort of evil spell that transformed him into Fury Bowser, a huge monster that breathes fire and causes gigantic spikes to fall from the sky that totally transforms the Cat Kingdom’s terrain.

It’s a little reminiscent of The Legend of Zelda: Breath of the Wild — Bowser’s Fury is a huge open area with the final boss in the center. As Mario, you have to find Cat Shines, and then the Giga Bell, to transform yourself into Giga Cat Mario to take on Fury Bowser.

Nintendo announced that Super Mario 3D World + Bowser’s Fury will be compatible with all currently available amiibo figures. The game will also launch with two new amino, the Cat Mario amiibo that will transform you into the invincible White Cat Mario, and the Cat Peach amiibo that will give you a random power-up.