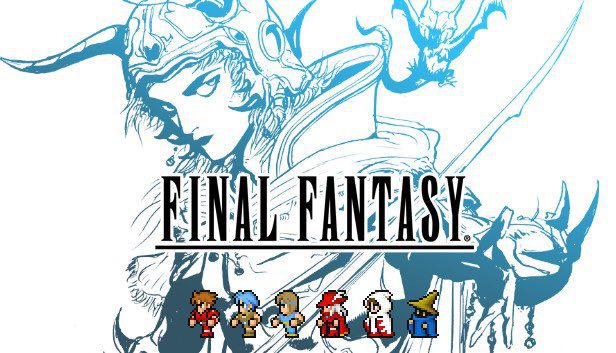 Square Enix has confirmed that the Final Fantasy Pixel Remasters will be coming to the Nintendo Switch and PlayStation 4 in Spring 2023.

Just last week, the Entertainment Software Rating Board (ESRB) — a self-regulatory organization that assigns ratings to video games in the United States and Canada — listed ratings for the first six Final Fantasy games for the Nintendo Switch and PlayStation 4. But it’s unclear which version of the pixel remasters we’ll get. Since the release of the pixel remasters on PC and mobile in 2021, Square Enix has made several updates, fixing fonts and graphics.

What are the Final Fantasy Pixel Remasters?

There are so many different versions of the early Final Fantasy games, and they’ve been available on mobile for years. In 2021, Square Enix decided to remaster these early pixel-art games with a consistent art style and audio. Customers who purchased earlier versions of the games were still able to play those games, but they were removed from the app stores and replaced with the new pixel remasters.

Is There a Physical Version of the Final Fantasy Pixel Remasters?

Yes, the Final Fantasy pixel remasters will be released physically and digitally for the PlayStation 4 and Nintendo Switch. Square Enix will be releasing a standard physical edition as well as a collector’s edition.

The Final Fantasy I-VI Pixel Remaster – FF3th Anniversary Edition has an extremely limited supply and is available for pre-order now for $259.99. It comes with a lot of extras, including a vinyl record set, a hardback artbook, eight stylized pixel art figurines, and your choice of a Switch or PlayStation 4 physical copy of the Final Fantasy collection.

Which Final Fantasy Games are Included in the Pixel Remasters?

Final Fantasy I, II, III, IV, V, and VI were remastered with new graphics and audio as part of the pixel remaster series.

The first Final Fantasy game — simply titled Final Fantasy — is included in the new pixel remaster series. It was originally released for the Nintendo Entertainment Center in 1987. Set in a high-fantasy world of swords and magic, Final Fantasy follows a group of young heroes who must save the world from destruction.

At the time, Square didn’t have much faith in Final Fantasy, but the game became a huge success. Final Fantasy was well-received by critics and fans alike, and it is now considered a landmark installment in the RPG genre.

Released shortly after the original Final Fantasy in 1988 for the Famicom, Final Fantasy II gives players more of what they loved about Final Fantasy: the story became more complex, and the character development system became much more sophisticated.

Once again, the game is set in a high-fantasy world filled with monsters, swords, and magic. This time, the game follows a group of rebels who are fighting against an evil empire.

The third game in the series, Final Fantasy III was released in Japan in 1990 for the Famicom. Set in a fantasy world, the game follows the journey of four orphaned children who are destined to become the Warriors of Light, a group of powerful heroes who must save the world from darkness.

Final Fantasy III was the first game in the long-running series to introduce summons, allowing players the ability to summon powerful creatures to help in battle. The game also included the series’ first job system, allowing players to customize their characters with different abilities and roles.

Final Fantasy IV marks the return of Final Fantasy to the West. The game was released in 1991 for the Super Nintendo Entertainment System. The plot follows Cecil, a dark knight, whose king orders to steal a powerful crystal from a group of innocent summoners. As he questions his king’s motives, Cecil becomes embroiled in a conflict that threatens the world.

Players familiar with the turn-based games that came later in the series will notice that Final Fantasy IV is the first game in the series to introduce the “Active Time Battle” system. This new battle system introduced a new level of strategy and urgency to combat, requiring players to make decisions in real-time.

Although it’s the fourth installment of the series, it was marketed as Final Fantasy II in the West because the previous two games hadn’t been released. However, the game is numbered “IV” in the series’ official numbering.

Final Fantasy V was released for the Super Famicom in Japan in 1992, but it didn’t make its way to the West for several years. The fifth game in the series, Final Fantasy V centered its story on a group of four heroes who embark on a quest to save the world from a powerful villain who seeks to destroy it.

Like Final Fantasy IV, along the way, the heroes of Final Fantasy V must learn to use the power of the jobs system, which allows them to change their class and abilities in battle.

Long considered the very best of the pixel Final Fantasy games, Final Fantasy VI introduces a familiar trope to the series: the coexistence of technology and magic as part of the same world.

The game follows the story of a diverse group of characters who must band together to save the world from a powerful empire. Final Fantasy VI is known for its emotionally-driven story and the large cast of unique and memorable characters.

Final Fantasy VI included a unique battle system that allowed players to customize their characters’ abilities and stats through the “magicite” system. When the player equips a character with a piece of magicite, the character gains access to the ability and stats of the monster it represents, adding a new level of strategy and customization to the game’s combat. For example, if a character equips the magicite of the Ifrit, they may gain access to fire-based spells and increased strengths. Magicite can also be used for summons during battle.

Final Fantasy VI was released in North America as Final Fantasy III, although “VI” is the official numbering.