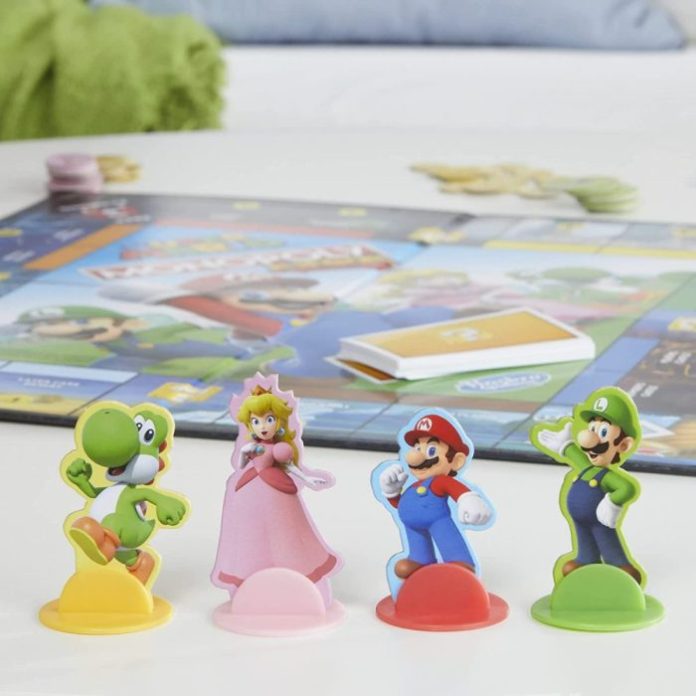 Need more Super Mario in your life? Do you love playing Monopoly? Do you consider yourself a junior?

Well, I have good news for you. Hasbro just shadow-dropped its newest Mario-themed Monopoly board game, Monopoly Junior: Super Mario.

This new junior version of the Super Mario board game allows players to buy Mushroom Kingdom-themed properties and collect coins with the aim of being the player with the most coins at the end. (Like a junior-themed Mario Party!) It also comes with a special power-up die and coin sound unit alongside the familiar artwork. The board game includes scenes from the world of Mario including Yoshi’s Hill.

Monopoly Junior: Super Mario is an Amazon exclusive board game, and it’s priced at $21.99. While this isn’t available at other stores, Hasbro has released a lot of other Mario-themed board games in the past that are.

If you’re interested in the game, consider purchasing through our Amazon affiliate link. Every small purchase makes a big impact on our site. Thanks! As an Amazon Associate, we earn from qualifying purchases.