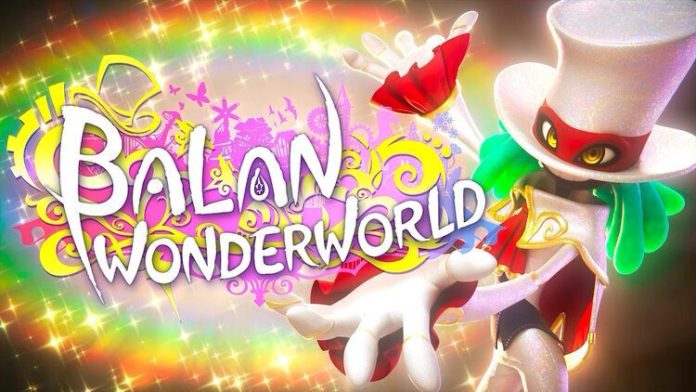 To say that reviews for Balan Wonderworld have been bad would be charitable.

IGN calls it a “consistently boring platformer” that’s a “mess of undercooked concepts.”

Even the typically upbeat guys over at Nintendo Life didn’t have much positive to say about it, writing that it feels like it’s “straight out of 2001 (not in a good way).”

Head over to Metacritic, and they give it a 35/100 based on the critics’ reviews.

I started wondering, “Can it really be THAT bad?” I thought that maybe the game just couldn’t live up to the hype. Maybe it was a little glitchy. But it can’t be that bad, right?

So I downloaded Balan Wonderworld and gave it a shot.

After about 10 hours of gameplay, I have some thoughts….

But first, let’s set the stage.

Billed as a “wondrous and spectacular… “family-friendly action-platformer from the creators of Sonic the Hedgehog,” Balan Wonderworld — not Balan Wonderland for some reason — was supposed to be one of 2021’s must-play games.

Published by Square Enix, Balan is the first collaboration between Yuji Naka, the creator of Sonic and Nights into Dreams, and Naoto Ohsimi, the artist behind Sonic, since their days at Sega.

Balan was even produced by Noriyoshi Fujimoto of the Dragon Quest games. Many saw Balan as the spiritual successor to Nights into Dreams, and with one look at the titular character Balan, it’s clear why.

Just take a look at how awesome the announcement trailer looks.

With the legacy of Sonic and Nights into Dreams and the track record of Square Enix, Balan got a lot of hype.

When I started up the game, I was blown away by the art style. You choose between a boy or girl character with some minor customization options. You get a slightly different opening cutscene.

I picked the male character, and the game opens with him dancing on the street before wandering into a strange-looking building with “Wonderland” in neon above the entrance.

Once inside, you’re introduced to Balan, the magical theatre creature from the game’s box art.

The cutscenes look amazing, and Balan’s character design is flawless. The details are so sharp and crisp that it almost looks like his skin is made out of felt.

There’s something creepy about him, but the amazing animations make it hard to look away. When he’s on-screen, he steals the scene. He reminds me a little of Baron Samedi — maybe it’s the hat.

The backstory behind the game’s plot is more interesting than the actual story.

In an interview with IGN, Naka, who joined Square Enix in 2018, said that the president of Square Enix gave him “once chance” to make a full-scale platform game. Naka said that even though Square Enix has an RPG image, he didn’t think he’d be any good at making RPGs.

Turns out, he’s no good at making platformers anymore either.

So Naka read up on the Hero’s Journey, or the monomyth, a theory first described by Joseph Campbell in his 1949 book, The Hero with a Thousand Faces.

Every English major reading this remembers learning about the Hero’s Journey, but for everyone else, there are a few steps that virtually every hero in every story goes through.

In its most simplified form, the hero departs his normal everyday life for an adventure, goes through a series of tests and trials that change him, and then returns home a wiser (but more weary) person.

Think of Frodo leaving the Shire, destroying the ring, and then returning. Or Luke Skywalker taking up his father’s lightsaber to fight Darth Vader and the Empire, destroying the Death Star, and reuniting with Han, Leia, and Chewie on Yavin IV.

Campbell says this basic structure is virtually universal, running through mythic traditions from around the world. It’s such an effective structure because we recognize it innately.

Obviously, when you walk into the theatre and meet Balan, you’re leaving your world, playing through the individual worlds are your trials, and returning at the end of the game brings you full circle. During your initiation phase, you play through the consciousness and memories of twelve different individuals, helping to achieve inner peace by… beating down bosses and collecting Balan trophies…?

But why? It’s overly complicated.

It takes more than checking the Hero’s Journey boxes to make a story compelling. In Balan, Naka tries to shoehorn Joseph Campbell into a 3D action-platformer that doesn’t really need it.

So the story’s not great. But so what? Mario and Link’s stories are virtually always about saving princesses, and everyone’s totally fine with it because the gameplay is what’s important.

Unfortunately, the gameplay in Balan isn’t much better.

As soon as the cutscenes are over, it’s clear that this game’s graphics aren’t even close to today’s standards. I’m not exaggerating when I say Balan Wonderworld’s gameplay looks more like an early Playstation 2 game than a 2021 3D platformer. And it controls like a Playstation 1 game.

Remember the original Spyro (before the Reignited Trilogy), Tomb Raider, or even Croc: Legend of the Gobbos? Those games were amazing for their time, but playing them today just feels clunky.

Billed as an action-platformer, Balan Wonderland — oops, I mean Wonderworld — includes some of the most frustratingly unfair platforming I’ve ever experienced. Jumping around from platform to platform is unnecessarily difficult. You can’t build up momentum. As soon as you hit the jump button (you can’t miss it), you sink like a stone. Moving around feels clumsy. The camera has a mind of its own and always seems to be in the wrong spot.

And to top things off, Balan looks like it runs at a consistent 15 frames per second. Seriously. The game stutters and, at times, just STOPS when a new enemy appears on the screen.

Everything, and I mean everything, just feels off.

During my playthrough, I kept coming back to the same thought: This feels like an art student’s capstone project. Or a really ambitious indie project.

And if that’s all it was, I’d probably applaud it and write a more favorable review of it.

But that’s not what we have here. Balan Wonderworld is a big-budget game from Square Enix that costs $59.99.

The Man Who Rages Against This Game

The worlds are organized by chapters. Each chapter takes place in the psyche of a different NPC, and the level design is inspired by their life experiences and memories. The chapters are divided into acts. (Side question: Are chapters broken into acts in other media? I can’t think of one.)

Once you finish a chapter, you return to the real world.

The first chapter, “The Man Who Rages Against the Storm” tells you everything you need to know about Balan Wonderworld. Chapter one’s main NPC is a farmer who, as the title implies, rages against a tornado that destroys his corn crops.

Throughout the chapter, you’re navigating a world based on his cornfield. Teardrop-shaped jewels are the main collectibles in the game, but your objective is to find gold Balan trophies — or are they Balan statues?

As you walk amongst the ears of corn, the ground moves, almost like a ripple. It’s trippy. It feels a little psychedelic. If you’re lucky, you might even encounter an enemy or two. (Seriously. There are only about 10 enemies in the entire chapter.)

There are a handful of costumes in the first chapter. These costumes are basically Mario power-ups, and Balan’s costumes work basically like Cappy’s captures in Odyssey. Each has its own action.

There are 80 different costumes, and they all have different special abilities. Some attack. Some jump. Some light up randomly. None — and I mean NONE — of them do more than one thing. So that means, if you’re in the Dainty Dragon costume, you can “unleash a short burst of fire,” but you can’t jump.

I can’t even call it an oversight because it’s obviously part of the design.

The worst thing is that since you can’t jump in some of the costumes if you find yourself in a part of the map that requires jumping, you’re soft-locked.

And after the first chapter, it doesn’t get any better.

So yeah, Balan Wonderworld is really that bad. If it were a $10 indie game on the eShop, it’d probably be praised for its quirkiness or its vision. But it’s a $60 game from Square Enix.

Let me be clear: This game had so much potential. It’s a game that should be good.

Honestly, I don’t know how Square Enix stands behind this game. Look back at the controversy around Cyberpunk 2077. CD Projekt Red had to refund sales, and Sony removed it from the PlayStation store. To me, the failure of Balan Wonderworld feels much bigger than Cyberpunk.

There should be some accountability.

I wish that I could say a few patches could save this game, but Balan has foundational issues. I don’t say this lightly: This game needs to be rebuilt from the ground up.