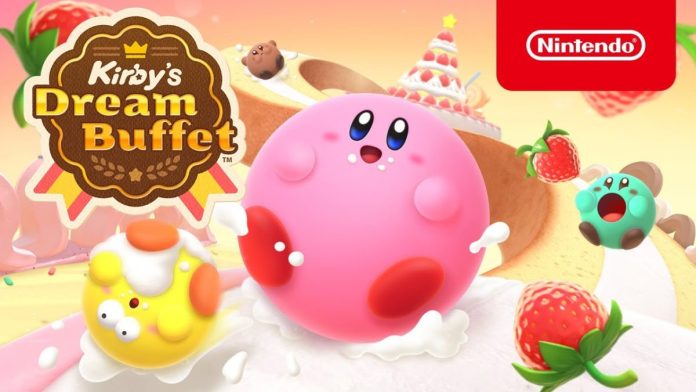 Nintendo just announced that Kirby’s Dream Buffet will be released globally next week. It was only announced a few weeks ago, but the adorable party game will here much sooner than expected. The release date announcement was made during this week’s Kirby 30th anniversary concert.

To mark the occasion, Nintendo has also released an overview trailer for the new game.

The new trailer covers what players can expect from the adorable title. Kirby’s Dream Buffet has players compete through different food-themed levels and minigames against each other. The aim is to eat more food than the other players in the game and become the biggest Kirby. Each player in the game will be a different colored Kirby, but there are plenty of customization options, too, so everyone looks different.

Kirby’s Dream Buffet will release for the Nintendo Switch via the eShop on August 17.