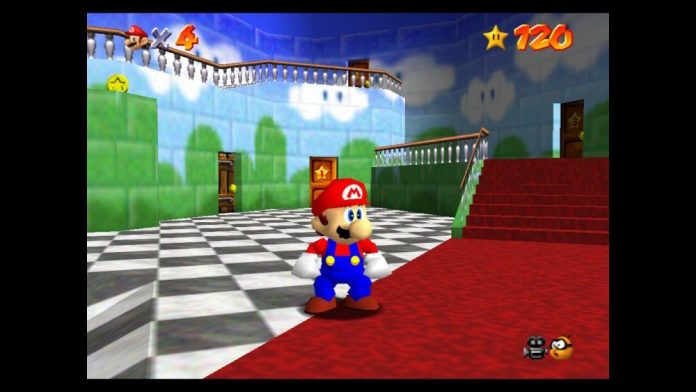 Super Mario 3D All-Stars and Super Mario Bros. 35 are set to be discontinued and removed from store shelves and the Switch’s eShop on March 31.

When Nintendo announced Super Mario 3D All-Stars last September for Mario’s 35th anniversary, Nintendo watchers weren’t all that surprised. After all, there had been rumors about a Super Mario 64, Super Mario Sunshine, and Super Mario Galaxy bundle for months.

What was surprising, though, was that the collection would be a limited release. Physical and digital versions of Super Mario 3D All-Stars are scheduled to be discontinued next month.

If you haven’t picked up this limited-run Mario collection for the Switch, you’re running out of time.

Back in September, March 2021 felt like decades away, but now it’s almost here, and it doesn’t look like Nintendo will change its mind about locking the Super Mario 3D All-Stars bundle away. For ‘90s kids, this move feels familiar.

We’ve Seen This Movie Before

In the 1990s, Disney would run commercials like the one below — “Don’t Let Bambi Get Away” — to pressure people into buying copies of their classic movies on VHS.

If you were a kid in the ‘90s, you probably have this voiceover burned in your memory:

Don’t you wish you bought Pinocchio when you had the chance?

Wouldn’t you love to have Lady and the Tramp in your collection?

Now they’re gone. And time’s running out for Cinderella, too!

But you still have a chance to own Disney’s most celebrated animated masterpiece: It’s Bambi, still available but for a very limited time.

Don’t let Bambi get away.

In the ‘90s, Disney was banking on FOMO to move some product, creating an artificial shortage of these films. Errr, I mean, placing them into Disney’s vault for safekeeping.

Was Disney’s strategy good for the consumer? No.

Did it help Disney move some VHSes? Absolutely.

While it was manipulative back in the ‘90s, Nintendo doing virtually the same thing in the ‘20s might be even worse.

Disney wanted to focus on promoting and selling their new franchises. The vault gimmick’s still bad, but it makes sense, and you could say the same thing about Nintendo… up to a certain point. Let’s look at the oldest game in the bundle, Super Mario 64.

It even makes sense for Nintendo to sell only a limited number of physical Super Mario 3D All-Stars cartridges.

When Disney had its vault, streaming and buying digital versions of movies was still about 20 years away. Can you imagine logging into Disney+ and not being able to stream Cinderella because it’s locked away in some metaphorical vault?

No way. Not a chance.

But that’s exactly what Nintendo’s doing.

That brings us to the ultimate question: If Nintendo’s limited-run of the Super Mario 3D All-Stars bundle is anti-consumer, should you buy it?

For me, the answer was an emphatic, “yes.”

Of course I bought it. I grew up with Super Mario 64. I had a few fond memories of playing Sunshine. And before Odyssey, Galaxy was probably the greatest 3D Mario game in the series. Being able to take these games with me on the go was a dream come true.

(Sometimes I like to think about going back in time and showing 7-year-old me Super Mario 64 running on my Switch. Can you imagine?!)

But that doesn’t mean I’m not critical of it.

This kind of limited-time run of digital releases sets a bad precedent.

But here I am, supporting it, spending $59.99 on three old games I own on older consoles.

Hi. My name’s Justin, and I’m part of the problem.