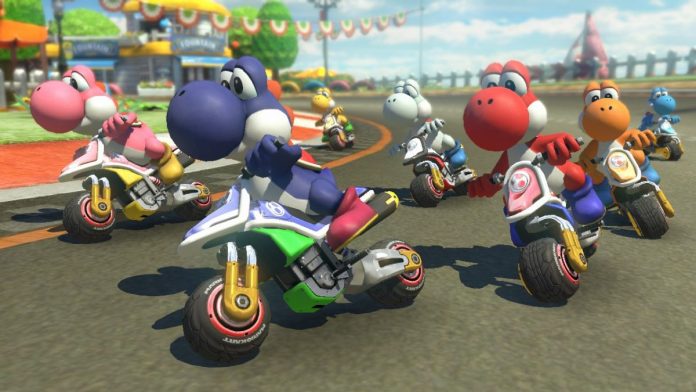 Nintendo has just released the next collection of new tracks from the Mario Kart 8 Deluxe Booster Course Pass with the release of Wave 3. These eight new tracks are available now!

The Booster Course Pass Wave 3 will be available as an individual DLC, but anyone with an active subscription to the Nintendo Switch Online + Expansion Pack will get full access to the new tracks at no extra cost.

Alongside the arrival of Wave 3, Nintendo has also announced via Twitter that Mario Kart 8 Deluxe also has a free update released today. The free update brings “custom items” for certain multiplayer modes, and there’s no need to own the DLC to use this new feature. It’s available both offline and in some online modes too.

Mario Kart 8 Deluxe players are sure to be pleased by the new additions, especially with classics such as Peach Gardens and Mario Kart 7‘s Rainbow Road. However, many of the tracks from this wave come from Mario Kart Tour, and there’s been some concern about how these mobile courses will look visually next to courses from older Mario Kart console releases.

Here are the eight new courses available as part of the Booster Course Pass Wave 3:

Nintendo intends to bring three more waves of new tracks to Mario Kart 8 Deluxe by the end of 2023.