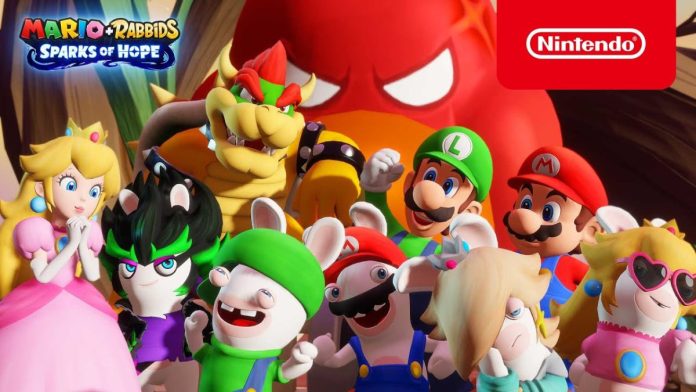 By this point, you probably already know if Mario + Rabbids: Sparks of Hope is a game for you, but just in case you need more convincing, Nintendo of Europe has released a brand new gameplay trailer for Mario + Rabbids: Sparks of Hope on Twitter. The new trailer gives us a better look at the exploration mechanics and the new setting for the sequel.

A cosmic adventure is just around the corner! Check out this new gameplay from #MarioRabbids Sparks of Hope, landing on #NintendoSwitch 20/10. pic.twitter.com/YdHrVNS44u

The new trailer titled “Let’s explore!” focuses on the things players can do outside of strategic combat. It highlights walking around the different worlds, finding hidden paths, and taking on side quests. With the game set for release next month, Nintendo and Ubisoft have been ramping up the advertising for the latest Mario + Rabbids game.

Nintendo also recently released a boss battle gameplay video of Mario and friends taking down the Wiggler. One of the developers also narrates the video to explain the battle mechanics in more detail. She explains how each character has unique bonuses that make them especially suited to different situations in combat.

Mario + Rabbids: Sparks of Hope will finally release on October 20.