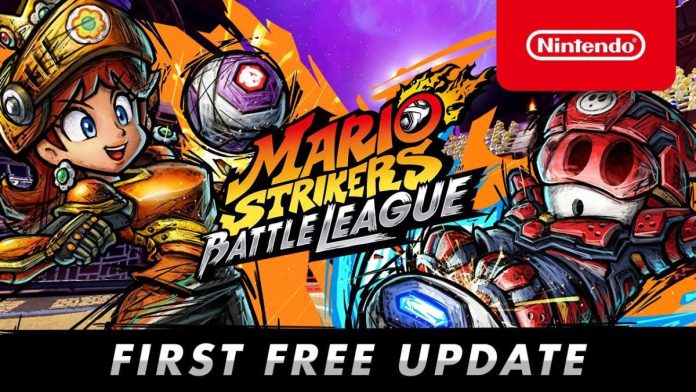 Nintendo of America has announced the first free update for Mario Strikers: Battle League, and it will be arriving on your Switch console very soon. Nintendo announced the update on Twitter, revealing that two new characters will be joining the game, Daisy and Shy Guy. The new Battle League update also comes with a new stadium called the Desert Ruin and a special new gear set called Knight.

Battle League was widely criticized for its lack of content when it launched. When Daisy, a familiar face in Mario sports games on the Switch, was left off the original lineup, it raised some eyebrows. Many fans also suspected that Shy Guy would — eventually — be added to the game as well since his voice actor was included in the credits at launch. The free update has come around one month after the game’s original launch on June 10, and Nintendo plans to release more free updates.

The free Mario Strikers: Battle League update will release on July 21 in North America and July 22 in Europe and the United Kingdom.