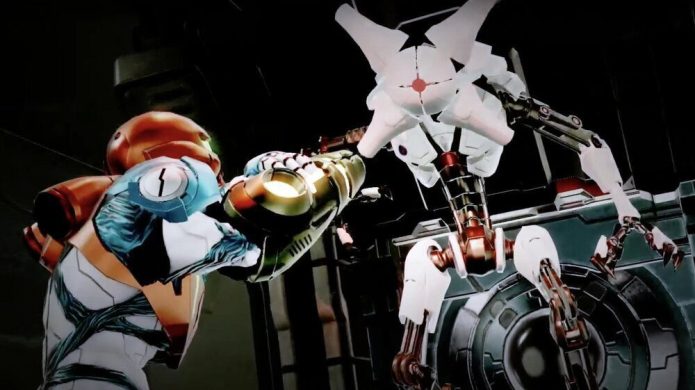 Metroid Dread is expected to be released on October 8, available on the Nintendo Switch. We can safely say that there’s plenty to talk about with this long-awaited next installment to the Metroid series.

It’s been nearly 15 years since we’ve seen a new Metroid game, and it’s looking terrific! Not to mention, Metroid Dread is returning back to the roots with a 2D approach.

The last few Metroid games — the Metroid Prime series — adopted the first-person look, but going back to the traditional 2D style shouldn’t hold the game back in any way. From the preview we saw during E3, Metroid Dread is loaded with fresh mechanics, new abilities, and polished gameplay.

For many gamers, Metroid Dread will be their first 2D Metroid title, and since Dread is technically the fifth game in the Metroid series, there’s a little to catch up on.

Here’s everything you need to know about the Metroid series to get the most of out your Dread playthrough and what you can expect before you put on the Power Suit and roll into Samus’s latest adventure.

The Metroid Story… So Far

The story starts with Metroid which was released on NES back in 1986. (Later, we saw a remake on the Gameboy Advance, Metroid: Zero Mission in 2004.) In Samus’s first outing, creatures known as “metroids” attach themselves to prey and control them.

The galaxy established its own government known as the Federation which intended to evaluate matroids and use them as a bioweapon until they were attacked by the Space Pirates. The Pirates want to use Metroid to take over the rest of the galaxy.

With the Galactic Federation under fire, they seek help from intergalactic bounty hunter — Samus Aran. Samus has the objective of eradicating the Metroid species and defeating Mother Brain (who leads the Space Pirates).

Samus destroys Mother Brain, leaves the planet, and gets shot down by more Space Pirates, leaving her without her Power Suit. She passes a ruin test and gets rewarded with an even more Powerful Suit. Afterward, she destroys the Space Pirate mother ship along with Metroid research and escapes for good.

It doesn’t take long before Samus is called upon again by the Galactic Federation to destroy the remaining Metroid species in the center of the planet.

She’s successful in defeating the species along with the queen that created them. The last remaining Metroid however, turns out to be a baby who appears friendly. Samus hesitates and ultimately spares the baby creature.

She’s attacked by her nemesis Ridley (a high-ranking Space Pirate) but gets saved by the baby Metroid. She returns home and delivers the baby to the Federation for research purposes.

In Super Metroid, Samus follows a distress signal back to the station where the baby is being held in captivity. She finds the base wiped out, and the baby Metroid captured by Ridley once again.

She follows Ridley to the planet Zebus where yet another Space Pirate base is built. The baby Metroid sacrifices itself to save Samus, and she travels deeper into the core.

Ultimately, Samus defeats a better Mother Brain, destroys the core, and blows up the entire planet.

Are you still with us so far?

In Metroid Fusion, while on a mission, Samus is infected with the Metroid parasite called “X.”

She crashes her ship after losing consciousness from the effects of the parasite and her body is found by the Galactic Federation.

She continues to be corrupted until a Metroid vaccine is developed. Once Samus is cured, she’s sent to investigate on a new mission. However, her body is now fused with Metroid DNA.

It turns out that the parasite made a clone of Samus (SA-X) in a secret laboratory on a different planet. Samus discovers that the Galactic Federation started a breeding program using Metroid for their own use.

She attempts to self-destruct the restricted laboratory before dealing with SA-X and an Omega Metroid in her path. After fusing herself with the parasite once again, she defeats the Omega Metroid, and destroys the base, laboratory, and entire planet.

So while it’s not easy recapping an entire trilogy, this is where we leave off. Samus is unsure how the Galactic Federation will react after she openly defied their experiment and destroyed what they’ve been building. Is she an enemy to the Federation now? It was an open-ended ending. Not to mention, this was 19 years ago!

We’ve rarely seen something like this in the video game world. It’s a sequel, not a remake of a legendary game trilogy. The story is picked up from Metroid: Fusion which means the story will be told arguably three generations of video game consoles later.

There hasn’t even been a Metroid game developed with HD graphics until now. Gamers can fully expect a complete overhaul of mechanics along with realistic cinematics as Samus takes on a new threat on an entirely new planet.

What the Dread Trailer & Demo Tells Us

Based on the extremely hyped trailer and gameplay demo for Metroid: Dread, plenty of information was revealed. We can get a pretty good idea of what we should expect once October comes around. Here’s what we noticed.

The iconic Samus Power Suit looks different this time around. Samus has a blue and white Fusion-style suit wrapped with pieces of her traditional orange-colored suit. Developers even confirmed that the new suit will play into the story (and events after Fusion).

We imagine that the beginning of Dread will tell a story about the creation of the new Samus Power Suit.

During the demo, Samus wakes up on the ground on a new planet, ZDR. She explores the planet’s core, Artaria, which already looks quite expensive for a 2D game.

In the Artaria section alone, the map shows different zones such as elevator locations, high-temperature areas, safe areas, and such.

Not to mention Artaria is just one section of the game to explore. We might just see up to seven different planet sections in Dread.

During gameplay, areas are bombarded with robotic enemies and hidden collectibles to make further progress in the game.

There’s definitely a solid mix of traditional elements of Metroid mixed with new ones. In Dread, players can now freely look around to aim with weapons. It’s a smooth-looking mechanic that should give players more freedom and control in a 2D environment.

The Phantom Cloak is returning which makes Samus invisible, but we also noticed a new spider-magnet ability. This ability lets Samus stick to walls, ceilings, and surfaces which is a nice compliment to her traditional morph ball ability (which is confirmed, by the way).

Samus has revamped combat mechanics including melee counters which means players just won’t be shooting enemies from a distance. A slide maneuver is also present which boosts player agility and allows Samus to fit in places without always using her morph ball for seamless escapes.

Are You Buying the Metroid Dread Hype?

The upcoming release of Metroid Dread is already creating a buzz for Nintendo players everywhere.

With a 15+ year gap in between games, it’s safe to say the release will be extra special.

Not to mention, this might be the conclusion to an epic story that fans have waited years for.

Metroid Dread will be released on October 8. Let us know if you plan on pre-ordering for some extra goodies!

Rob is a blogger and podcaster of Bois & Bar Talk and tries a new beer every week. While he loves talking about music, sports, and pop culture, he’s also been a passionate gamer for 20+ years. Connect with him over his top favorites: Mortal Kombat, Metal Gear Solid, and Overwatch.