Metroidvanias Worth Your Time 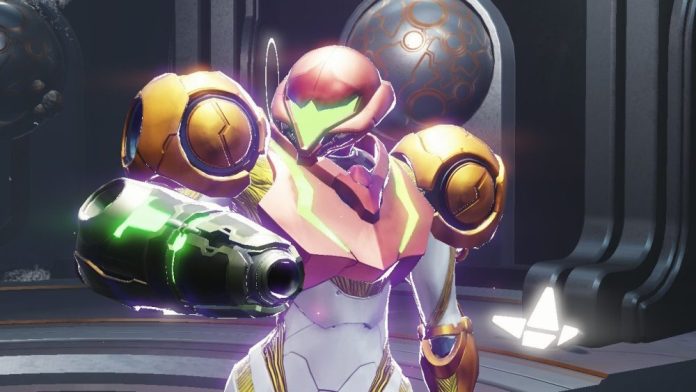 In exactly one week, Metroid Dread will arrive on the Nintendo Switch. Aside from MercurySteam’s excellent 2017 Metroid II remake, Metroid: Samus Returns, the series has been largely quiet for the better part of two decades. Dread represents the first new title in the mainline series since 2002’s Metroid Fusion, so there is understandable hype surrounding the game’s release from longtime fans itching for the return of one of Nintendo’s most beloved franchises.

We at Nintendo Watcher have been preparing for the release of Dread for months now. Our own Justin McGee believes that it will be the best-selling entry in the franchise. However, in the nearly two decades since Metroid Fusion, an entire generation of gamers have grown up with little exposure to famed bounty hunter Samus Aran aside from her appearances in the Smash Bros. series.

In the intervening years, indie developers have worked hard to fill the void left by Nintendo’s oft-overlooked franchise.

Even if you never played a Metroid game in the past, chances are good that you have been exposed to games that were heavily influenced by its exploration platformer DNA. With the recent Switch release of Castlevania Advance Collection and the imminent return of Samus Aran on October 8th, it seems as good a time as any to talk about the genre darling that flourished in the absence of these two prolific franchises: the Metroidvania.

The Switch is a Treasure Trove of Indie Metroidvania Games

It is worth noting that, although I have an immense fondness for the Metroidvania genre dating back to the 1997 release of Castlevania: Symphony of the Night on the original PlayStation, I was only seven when Super Metroid released on the SNES and never owned a Game Boy Advance. This meant that Metroid largely passed me by. However, with the help of my 3DS, Wii U, and the NSO, I recently had the opportunity to play through the entire mainline series and experience what I was missing.

Unfortunately, unless you have access to all the consoles I mentioned above, there is no easy way to play entries in the series like 2004’s Metroid: Zero Mission or the Dread prequel, Metroid Fusion. For gamers who got their start with the Nintendo Switch, this means that the hype for Dread’s release is likely to go unappreciated.

However, if you are on the fence about picking up Metroid Dread and are not entirely sure what to expect from Nintendo’s upcoming release, I am here to offer you some genre stand-outs to get you excited about Metroid Dread or pad your backlog for when you finish and need another fix.

At their core, Metroidvanias are exploration platformers, and any good platformer requires fluid and diverse movement options to really stand out. Thankfully, few characters feel more enjoyable to control than The Knight.

All the classics are here: from the double and wall jumps to dashes both on the ground and in the air, but the standout is the downward slash. Drawing on the legacy of the underrated Zelda II, Hollow Knight’s lead utilizes the downward slash to devastating effect in combat, but it is perhaps more enjoyable as a means of bypassing some of the games more devious platforming segments.

If you hit an enemy or trap with a downward slash, you can reset The Knight’s double jump and air dash. Not only is this ability crucial to completing some of the more complicated platforming challenges found in the game, but it also allows for some very enjoyable sequence breaking for skilled players willing to learn the timings.

However, Hollow Knight is more than just a smooth, fast-paced platformer. The game uses a soul collection and retrieval mechanic familiar to those who have played any of the dozens of Souls and Souls-like games that have sprung up in the last decade. This system creates a sense of tension and weight to combat encounters in the game, as the souls you gather from killing enemies or slaying region bosses are needed for all kinds of upgrades, maps, and exploration items.

However, frequent save spots and the ability to retrieve your souls by returning and slaying a shade of your former self prevents this mechanic from feeling like a tedious time sink and makes a successful return trip from the depths of Hollownest feel like a real triumph.

I am cheating a bit with this entry, but I am a major fan of the Axiom Verge series and find it hard to recommend one without the other. Both games are enjoyable, if flawed, entries into the Metroidvania canon and should be experienced by anyone who considers themselves a fan of the genre.

Created by a single developer, Tom Happ, the Axiom Verge games wear their inspiration on their sleeve. What is most fascinating about these games is just how different from one another they are while still feeling part of a cohesive series.

The first Axiom Verge is a love letter to all things Metroid. Travelling through the world of Sudra feels much like exploring the planet Zebes. A hostile alien world with complex, branching paths, the game rewards exploration and discovery without providing the player with too much direction. Here, the joy of hunting for missile upgrades is replaced with an arsenal of unique (and largely optional) guns.

The movement mechanics are here as well, while the double jump is replaced with a short-range teleport and Samus’ grapple beam is traded in for a grappling hook, the movement options feel deeply indebted to Nintendo’s sci-fi progenitor. Although there is no morph ball, the use of a remote drone serves as a unique and fascinating spin on Samus’ beloved ability.

The game even takes the sequence breaking and glitch hunting from the Metroidvania speedrunning community and makes it central to the narrative of the game.

Axiom Verge 2 is a radical departure from the first game and does away with the gun-based combat in favor of a melee-centric take on the genre more akin to Castlevania than Metroid.

While the exploration remains largely the same, the movement mechanics are also given a significant overhaul. Gone is the teleport and high-jump, replaced with wall climbing and a much-expanded role for the remote drone. The sequel encourages the player to avoid confrontation by making bosses optional, providing a relatively weak slew of close-range combat options, and implementing a hacking system that allows the player to rewrite the code of enemies to make them harmless or even helpful.

What this leads to is a game with less focus on the dopamine hit of taking down a particularly challenging boss, and more concerned with making the player feel smart about overcoming a particularly complicated platforming section or uncovering a fascinating secret about the world.

Of all the games on this list, Yoku’s Island Express is one I continually find myself gushing about to anyone who will listen. Released in 2018, this modest indie game from Swedish developer Villa Gorilla is what happens when you take the tried-and-true exploration platforming of a Metroid game and inject it with the movement and boss battles of Sonic Spinball.

Yoku is a pint-sized postman attached to a large ball who must utilize bumpers, tracks, and their own momentum to move about the environment. Because the player character is unable to jump, it is necessary to utilize pinball paddles spread throughout the environment to launch Yoku around the map and unlock new paths and secrets to continue their advancement.

Boss battles in Yoku’s Island Express are fantastic and put a spin on the Metroidvania formula that no other game has attempted. While weak points are a standard boss conceit in the genre, Yoku takes it a step further by having fights play out on complex pinball tables. Player’s must utilize Yoku’s momentum, careful timing, and a little bit of luck in order to send our hero careening into the bosses’ weak spots and save the day.

While the movement can sometimes be frustrating due to the reliance on sharp reflexes and careful attention to trajectory, Yoku’s Island Express is one of the most unique and downright fun Metroidvanias out there and a game I feel strongly that no fan of the genre should miss.

Now we are back to the games that defined the genre. While Castlevania’s influence largely stems from 1997’s Symphony of the Night, the Game Boy Advance games are arguably where Konami perfected the formula.

While Konami has largely stepped away from developing games in the Castlevania series, they have recently begun re-releasing their back catalogue for current generation consoles, and the Castlevania Advance Collection is a shining example of how to do justice to a port.

For the price of a modest indie game, you get three Metroidvanias in 2001’s Circle of the Moon, 2002’s Harmony of Dissonance, and 2003’s Aria of Sorrow. Konami also tossed in a more traditional, stage-based platformer in 1995’s Castlevania: Dracula X.

The three GBA games included in this collection each follow the familiar formula of exploration, upgrades, and complex boss battles found in your standard Metroidvania. Where they differentiate themselves from the games that came before them are in their unique approaches to the magic system.

Each game in the series presented long-time fans with a new approach. Circle of the Moon saw the creation of the “Dual Set-Up System” where players combine cards to create powerful magical effects; Harmony of Dissonance allowed players to hunt down unique spellbooks that could be used to augment the series classic sub-weapons in new and powerful ways; and Aria of Sorrow implemented the “Tactical Soul System” which had protagonist Soma collecting the souls of fallen enemies which he could then equip to unlock powerful new spells and abilities.

For many, the price of entry is justified by the inclusion of Aria of Sorrow on its own. There are few better deals in gaming than the Castlevania Advance Collection, and it is a fantastic introduction to Metroidvanias.

If I were to recommend one game to play before the release of Metroid Dread, it would be Super Metroid.

Although 2002’s Metroid Fusion is the narrative prequel to Dread, the core DNA of the Metroidvania is best exemplified by Nintendo’s 1994 SNES masterpiece.

The less said about the game, the better. Having played through it for the first time recently, I can say that the game is best approached blind. There are a lot of wonderful secrets to discover while plundering the Brinstar Depths and hunting rogue space pirates across the planet Zebes.

Super Metroid benefits from being a relatively quick play. If you have an afternoon free between now and October 8th and have access to Nintendo Switch Online, there is no excuse not to jump in and see what all the fuss is about.