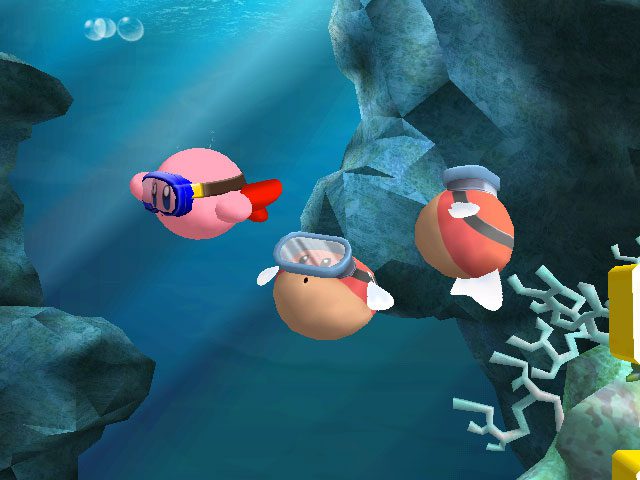 You might remember that Kirby didn’t get a platform game on the GameCube, but that’s not because Nintendo didn’t try. Known only as Kirby Adventure for GameCube, Nintendo announced it back in 2004, although we didn’t get to see much of the mysterious new 2D platformer.

After Kirby Adventure was officially canceled, most of us thought this game was lost to time, but recently some new footage has appeared on YouTube. Posted by Foulowe59, we get to see a few seconds of the unreleased Kirby Adventure for the GameCube.

This is the second video the user has posted, the first one was released in January this year. Both videos are short at under ten seconds long and they’re a bit blurry, but these are still incredible finds.

From the gameplay in each, we can see unusual levels, Kirby power-ups, and some of his classic abilities. One level seems to be set in space and it looks similar to the sky from Final Destination in Smash Bros. Melee, so it’s possible Nintendo re-used the assets. The enemy stacking also looks similar to what was later used in Kirby Star Allies.

Another YouTube channel, Unseen64, posted a slightly longer video several years ago if you want to see even more of Kirby’s lost adventure.