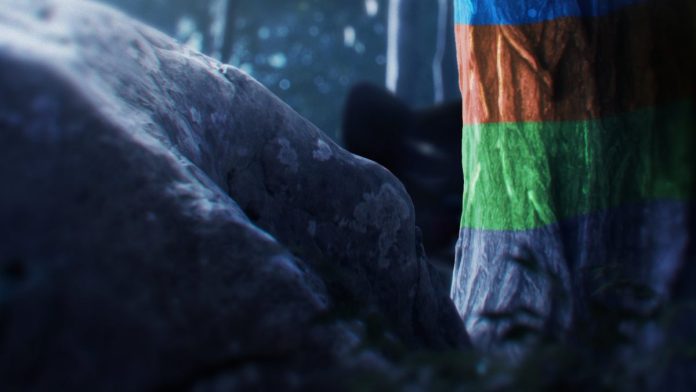 The official Pokémon Twitter account has unveiled a new Pokémon ahead of the Scarlet and Violet release this year. While the name of the Pokémon has now been announced, what it actually looks like is still a bit of a mystery.

The brand new Pokémon is called “Grafaiai,” but the teaser images don’t give us a good look at the new creature. It seems to be based on a lemur, and from one of the images, it seems to have a paintbrush of a tail. Unlike Smeargle from Generation 2, though, Grafaiai looks to have a thick paintbrush like the ones used for painting walls.

It’s possible that Grafaiai will be a brand new Pokémon without any relation to Smeargle, but there have been no comments yet from The Pokémon company about this. The new Pokémon will be getting a full reveal soon.