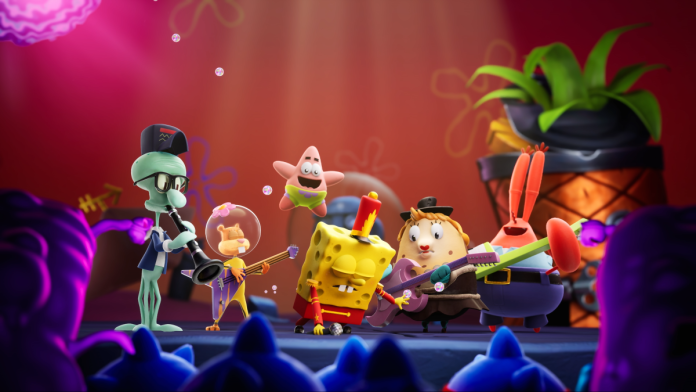 Are you ready, kids? SpongeBob SquarePants: The Cosmic Shake is coming in 2023.

Revealed late last year at THQ Nordic’s 10th Anniversary Showcase, The Cosmic Shake is gearing up for its release next year with a brand-new trailer.

The trailer is a little over three minutes long, giving us a peek at SpongeBob, Patrick, and Sandy being voiced by their original voice actors in several different languages. The Cosmic Shake will be voiced in English, French, German, Spanish, Brazilian, Portuguese, Polish, Hindi, and Indonesian.