Oregon Trail Revival to be Released for the Switch 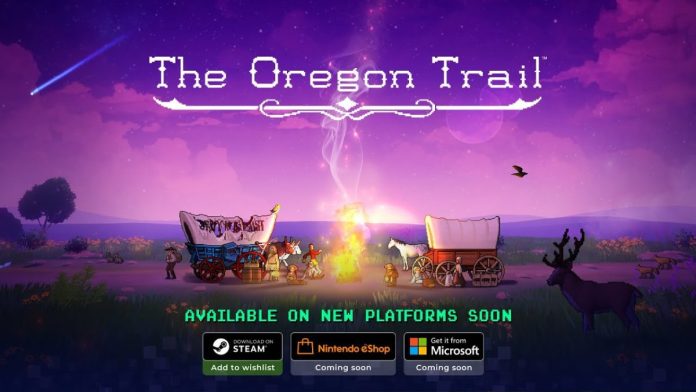 It doesn’t happen often, but occasionally a video game becomes part of the zeitgeist, and even non-gamers recognize it. Soon, one of those huge cultural phenomenon games is coming to the Nintendo Switch: The Oregon Trail.

That’s right. The Oregon Trail is coming to the Switch at the end of this month.

Originally released back in 1971, The Oregon Trail quickly became an iconic game. Since its original release, The Oregon Trail has seen many remakes, rereleases, and spinoffs, and it inspired hundreds of other games, including the 2021 indie hit Death Road to Canada.

The original version of The Oregon Trail was designed to teach kids about the harsh realities of life for a 19th-century pioneer on the Oregon Trail. Like the original, this year’s remake asks players to pick their travel party, stock up their wagons, and embark on the most difficult journey of their lives. Each playthrough includes procedurally selected random events where the player’s choice affects the travel party and future events.

And yes, there’s dysentery is still lurking, waiting to kill your party of pioneers.

While the latest revival of the game, marketed as the “official successor,” promises to recapture the spirit of the original, it also promises to make some important updates, like recognizing the complicated history behind American pioneers expanding West and their impact on the native populations already living there. In this version of The Oregon Trail, for the first time, Native Americans will be playable characters.

The Oregon Trail will release for Nintendo Switch “at the end of November,” but Gameloft, the game’s new developer, hasn’t announced the exact release date yet.