Our First Look at Pokémon Scarlet and Violet’s Competitive Gameplay 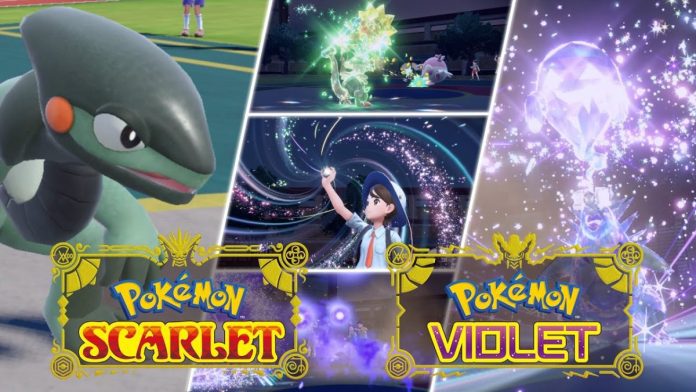 After crowning Eduardo Cunha as the very best, like no one ever was, at the Pokémon World Championships in London this weekend, the Pokémon Company gave us another sneak peek at Pokémon Scarlet and Violet. This time, we got a good look at what these games have in store for the competitive scene.

Over the generations, Pokémon battles have gotten a little stale. The turn-based combat in Sword and Shield, the ninth generation of Pokémon, didn’t feel much different from the first few generations. With Arceus, the Pokémon Company developed a fun updated version of the basic turn-based battle system that added some depth to combat, but Arceus and its battles weren’t meant for competitive multiplayer. Scarlet and Violet, though, are once again embracing the metagame.

Using a Tera Orb, you can Terastallize any Pokémon in the Paldea region. Tersatallizing a Pokémon is one of the most interesting additions to Pokémon battles because it can change the Pokémon’s type, which can turn the tables quickly in a competitive match and give you the upper hand. Tera Blast, one of the new moves revealed, changes its type after a Pokémon has Terastallized.

The trailer also introduced a brand-new Pokémon, Cyclizar, a Dragon/Normal type with an interesting new move: Shed Tail. In battle, Cyclizar sheds his tail to create a decoy Pokémon. The decoy is then swapped for one of the other Pokémon in your party.

Pokémon Scarlet and Violet will release on Friday, November 18, 2022. Preorders are available now. According to the Nintendo website, the digital releases are only 10GB.