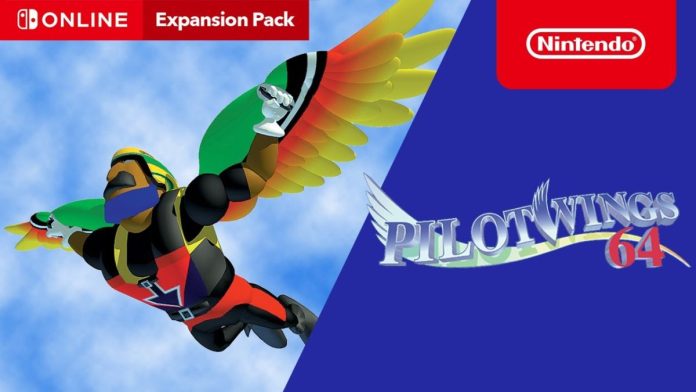 Another classic Nintendo 64 title is making its way to Nintendo Switch Online. Announcing on Twitter, Nintendo of America announced that Pilotwings 64 will join the Switch’s online subscription service. Pilotwings 64 follows the release of Wave Race 64 on the service in August, both are part of a batch of games Nintendo announced during its September Direct.

Pilotwings 64 was first released on Nintendo 64 in 1996 and was one of the first “relaxed” flight simulator games released. It puts players in control of one of six pilots trying to earn a pilot license using different forms of aviation. It includes hang gliding and a jet pack, and the bonus tasks even include skydiving. Pilotwings 64 was one of the N64 console global launch titles alongside Super Mario 64.

Being an N64 game, Pilotwings 64 will be only available for subscribers with access to the Expansion Pack for Switch Online. It will release for Nintendo Switch on October 13. We’re still waiting for a few other previously announced titles like GoldenEye 007, Mario Party, Pokémon Stadium, 1080, and Excitebike 64.