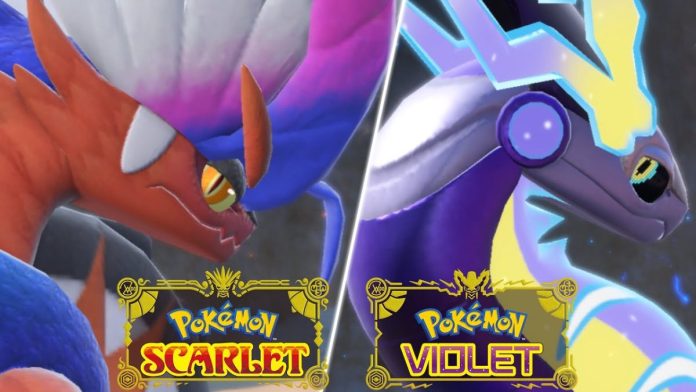 Today’s Pokémon Presents broadcast gave us a new look at the upcoming Pokémon Scarlet and Pokémon Violet, including some brand new Pokémon. The Pokémon Company quietly slipped the new pocket monsters, details on the box legendaries, and some updated gameplay mechanics into the latest trailer.

The trailer is just under three minutes long, but it reveals quite a few things about the upcoming games. We get a look at the new Paldea region, which is full of open spaces, lakes, mountain ranges, and various other geographies.

The trailer introduces something called “Terestal Phenomenon” which seems to let players convert any Pokémon they want into a special shiny crystallized form. The new trailer also gives us another look at the two box legendaries. We can see players riding them like motorcycles, and they have wheels built into their design to match.

Two new Pokémon and a special Paldean variant show up in the trailer. The new variant is a Paldean Wooper that’s a poison/ground type instead of its usual water type. During the trailer, we’re also introduced to Fidough and Cetitan. Details for them are available on the official Pokémon Scarlet and Violet website.

Fidough looks like a dog made from dough, and it breathes out yeast. Cetitan, however, is a large “Terra Whale Pokémon” who migrates around the snowy regions of Paldea. It’s an ice-type Pokémon sporting five large horns and is described as being physically strong.

Pokémon Scarlet and Violet will be released later this year.