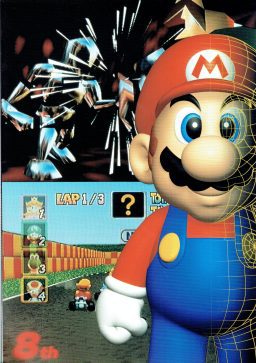 It’s hard to believe that we’re still finding new things about a game from 1996, but here we are.

A new interesting discovery was recently made for Super Mario 64 from the 1996 Nintendo Report which includes images of an unreleased stage. The report comes from a screenshot reel and includes a section of the game that was never included in the final release.

In collaboration with Render Archive and user Nintoid, Forest Illusion has preserved the long-awaited 1996 report. The full report is available to download from the Forest Illusion website, but a short GIF was released on its Twitter account, too.

The short GIF was made from several never-before-seen images of the “mysterious ghost stage” which was never included in the release of Super Mario 64.

The 1996 Nintendo report is entirely in Japanese of course and contains a lot more than the new images of Super Mario 64. It doesn’t seem like there are any translations for the content yet though fans will most likely be releasing English versions later this year.