Review: Replaying Harry Potter and the Sorcerer’s Stone for Gameboy Color in 2021 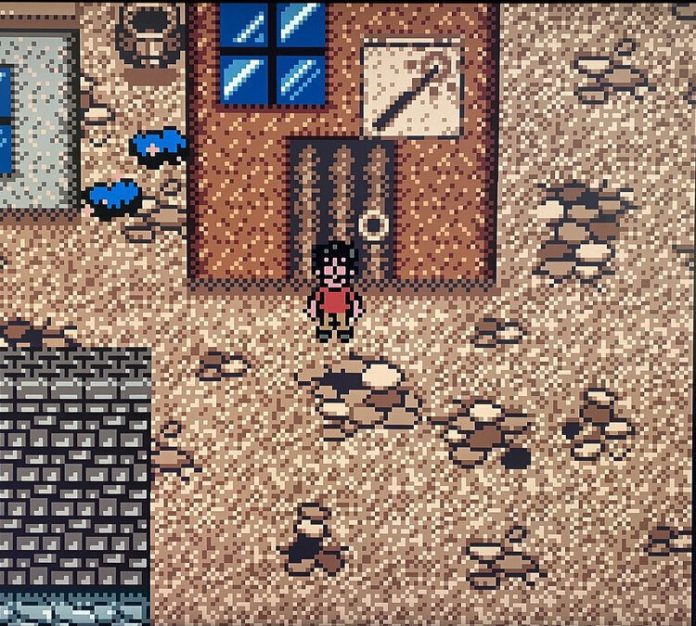 As a former ‘90s kid who loved the Harry Potter book series, I’ve always had a love-hate relationship with Harry Potter games.

Some of them are fun adventures through J.K. Rowlings’ fantastical world of witches and wizards. Others are rushed, lazy movie tie-ins, shoehorning clumsy gameplay into a licensed title that only really exists to sell more tickets.

But when I saw the first trailer for Avalanche Software’s Hogwarts Legacy — the upcoming open-world action roleplaying game that lets you have your own adventure in the Harry Potter universe long before the events of the novels — I got excited again.

The Lord of the Rings franchise has had its fair share of bad games, too, but Shadow of Mordor is built on its source material. It added more to the world of LOTR. With a little luck, Hogwarts Legacy might do the same thing and bring back some of the magic that the Harry Potter series has been missing.

While we’re all waiting to see if Hogwarts Legacy will be Shadow of Mordor or The Lord of the Rings: Aragorn’s Quest, it’s a good time to go back in the Harry Potter catalog and play what might be the best Potter game yet: Harry Potter and the Sorcerer’s Stone for the Gameboy Color.

In many ways, Harry Potter and the Sorcerer’s Stone is a strange game.

Originally released in 2001 for the Gameboy Advance, Gameboy Color, Windows, and Playstation, the first interactive Potter adventure is a completely different game on each of these platforms.

If you were playing on a Gameboy Advance, you got a top-down puzzle game. Windows players got a third-person action game with lots of puzzles. On the Playstation, Harry Potter and the Sorcerer’s Stone was a 3D third-person action-adventure game, much like the later Potter games.

But if you just so happened to get the Gameboy Color version of the game, you hit the jackpot.

Harry Potter and the Sorcerer’s Stone for the Gameboy Color is a beautiful 15-bit roleplaying game, borrowing its large open-world setting and dungeons from The Legend of Zelda and its turn-based battle system from Pokemon and Final Fantasy.

Looking back, it’s hard to believe a game like this one got made.

Enter the Wizarding World of Harry Potter… for the First Time

Unlike the Gameboy Advance version of the game, the Gameboy Color version drops you in Diagon Alley, long before Harry first enters Hogwarts. Diagon Alley serves as the game’s tutorial. Hagrid tasks you with exploring the area to buy your school supplies.

Unlike the first two generations of Pokemon games that obviously inspired it, Harry Potter and the Sorcerer’s Stone lets you see all enemies in the overworld. They appear as magical clouds of dust, and if you walk over them, you enter a battle.

Harry has several different stats that you level up as you fight enemies: Strength, defense, magic strength, magic defense, agility, and stamina. You can also equip your character with accessories — including robes, hats, gloves, belts, and more — that provide stat boosts.

Exploring Hogwarts and Beyond

In Diagon Alley and Gringotts — the wizarding bank that serves as the game’s first dungeon — you’ll mostly battle rats and bats. As you level up, the enemies get stronger, too. (There doesn’t seem to be any rules against underage wizards using magic outside of school in this world.)

When you leave Diagon Alley, you take a trip to Platform 9 3/4 to wait for the Hogwarts Express. From this point on, you play through the novel’s main plot points, including boating across the Great Lake, saving Hermione from a troll on Halloween, sneaking around in your Invisibility Cloak, exploring the Forbidden Forest, lulling Fluffy to sleep, and ultimately defeating Lord Voldemort and saving the Sorcerer’s Stone.

But that’s not all.

One of the most impressive things about this Potter game is how it makes you feel immersed in its world. The game has you attend classes, go on scavenger hunts for different potion ingredients, figure out puzzles, and even chase Malfoy on a broomstick.

Many of the game’s objectives aren’t strictly canon, but they’re things that you can imagine happening in this world. They make the game feel richer and more alive than some of the installments that would follow it.

The world of Hogwarts is huge, and it takes time to get from the Gryffindor common room on the seventh floor to the Great Hall on the bottom floor. Exploring the castle, you’ll find secret passages, hidden classrooms, professors’ offices, and more.

The grounds are open, too, so any time you can walk out the castle and go visit Hagrid or fight enemies to level up. The game is also a collect-a-thon, with dozens of Famous Witches and Wizards Cards, spells, and potion recipes scattered all around the school.

Harry Potter and the Sorcerer’s Stone isn’t a perfect game, though. Especially for players coming to it for the first time in 2021, the menu — particularly the battle menu — feels clumsy. Battling requires more luck than strategy. Sometimes your attacks don’t deal any damage… for some reason. The battle animations are really time-consuming. But outside of the antiquated battle sequences, the game is truly a delight to play.

There’s much more to Harry Potter and the Sorcerer’s Stone for the Gameboy Color than the familiar story. If you were a ‘90s kid who loved playing through Pokemon and got caught up in Potterfever, this Gameboy Color title is a double dose of nostalgia that shouldn’t be missed.