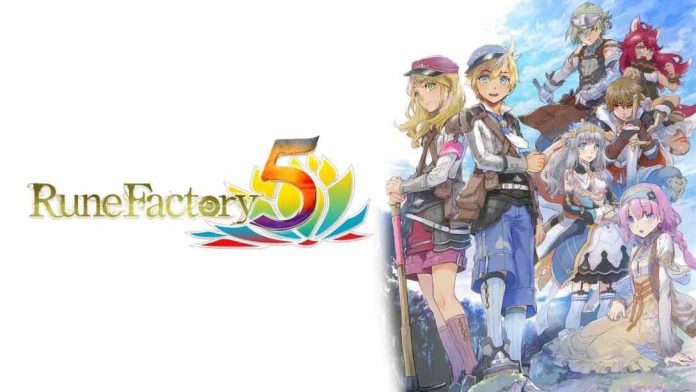 Rune Factory fans in the West have been patiently waiting for news about the English version of Rune Factory 5, and we finally got a release date in the September Nintendo Direct.

When is Rune Factory 5 Coming to the Switch?

Rune Factory 5 was released in Japan on May 20, 2021, but fans of the JRPG series in North America and Europe have been asking themselves, is a localized version of Rune Factory 5 coming out on the Switch?

Thankfully, the answer is, yes. After almost a year of delays, Rune Factory 5 will be available on the Switch eShop on March 22, 2022.

For anyone familiar with the Rune Factory series, the high points of the plot won’t be a surprise to you. In Rune Factory 5, your protagonist — either Alice or Ares — gets amnesia, joins a group of peacekeepers, and through fishing, farming, battling, and a little bit of romancing, you slowly unravel the game’s story and how your character fits into it.

For those of you new to the franchise, Rune Factory games are farming sims with a twist. It’s a little Harvest Moon and a little Pokémon. As you grow your crops, build relationships with the villagers, and upgrade your gear, you also fight (and tame) monsters.

Combat is an essential part of Rune Factory’s gameplay. The game takes an action RPG approach, and your character gains experience every time they use a weapon and defeat enemies.

But it doesn’t end there.

You gain experience from basically everything you do in the game. As you harvest crops, catch fish, talk to villagers, break stones, and everything else you can do in the game, you become more skilled. It’s an addictive game loop, no matter how you choose to spend your in-game time.

A Successor to Rune Factory 4 Special

While it’s one of my favorite JRPGs on the Switch, the game never really felt like a true home console experience for me. The graphics, mechanics, and gameplay all constantly reminded me that I was playing an upscaled version of a game designed and developed for a handheld system.

With Rune Factory 5, the team at Marvelous (XSEED) has the opportunity to bring a fully realized version of this classic series to a home console for the first time since 2011’s Rune Factory: Tides of Destiny — you might know it as Rune Factory Oceans. Moving to the Switch is a great chance for the Rune Factory series to evolve and turn on an entirely new generation of fans to this acclaimed franchise.

With that said, though, there have been some critical rumblings from gamers who have played through the Japanese version of Rune Factory 5, including frame rate dips, rushed story pacing, and game-breaking bugs.

With almost a year between the Japanese and English releases, let’s hope the developers have the technical issues worked out.

If you’re looking to have your Rune Factory itch scratched before the release of the English version of Rune Factory 5 next spring, I can’t recommend Rune Factory 4 Special enough. It’s a solid port of the 3DS title, and you can easily put hundreds of hours into the game.