Sonic Frontiers Gets a Release Date 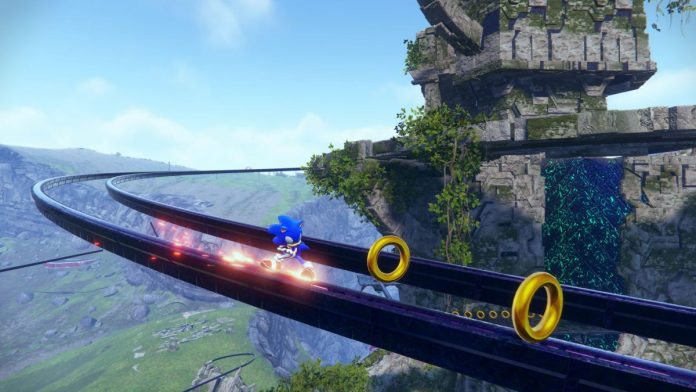 Is it just me or does Sonic Frontiers looks a little grittier than past titles in the Hedgehog’s long-running series?

We’ve known that Sonic Frontiers was coming sometime during Winter 2022, but for a while, many wondered if that meant early 2023. Today at Gamescom’s Opening Night Live event, we got our answer. Sega revealed a brand new trailer for Sonic Frontiers along with a concrete release date: November 8.

In the new story trailer, we find Sonic stranded on an ancient island inhabited by robots. We see Sonic meet a mysterious stranger before touching a portal and being transported to Cyber Space, a fast-paced 3D take on a traditional Sonic level. Later in the trailer, we see pieces of what Sega is calling “open zones” — definitely not an open-world Sonic game — and how Sonic interacts with the environment and fights enemies.

The digital and Digital Deluxe versions of Sonic Frontiers are available for pre-order now on Nintendo’s site. The Digital Deluxe Edition of the game comes with the Explorer’s Treasure Box that includes in-game items to give your playthrough a little boost as well as additional globes and shoes for Sonic, a digital art book, and a 25-track digital soundtrack.

If you pre-order now, you receive an in-game bonus: the Adventurer’s Treasure Box. Inside the box, you’ll find Skill Points, Red Seeds of Power, and Blue Seeds of Defense to help give you a jump start on your newest 3D Sonic adventure.

Sonic Frontiers is a multi-platform release and will be coming to the Switch, PlayStation, Xbox, and PC on November 8.