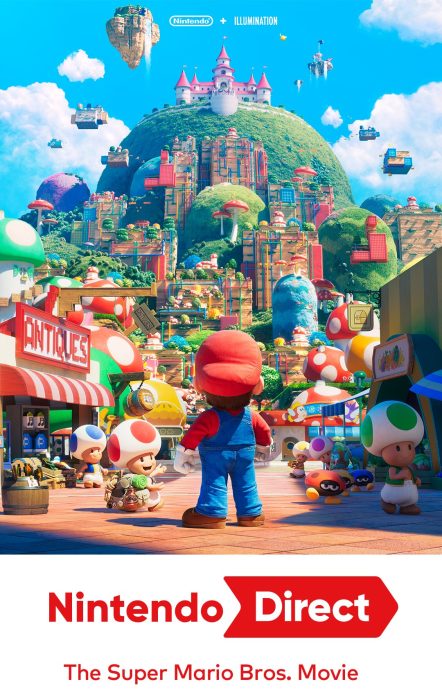 Nintendo of America has announced on Twitter that it’s hosting a special Direct presentation for the upcoming Super Mario Bros. movie this week. The tweet specifies that “no game information will be featured” during the Nintendo Direct.

In the past, Nintendo Directs have been reserved for video game announcements and updates, but the Super Mario Bros. Direct will be focused on the upcoming Super Mario Bros. movie and will include the “world premiere trailer” for it. Nintendo’s announcement trailer also gives us our first official look at the movie. It includes a busy image of Mario standing in a village or town of the Mushroom Kingdom, looking up at Peach’s Castle while Toad speaks to him.

Super Mario Bros. will finally be revealed to us all on October 6 at 1:05 pm PT | 22:05 pm CEST | 4:05 am AWST this week. The movie itself will be released in cinemas next year, so we’ll most likely be seeing a lot more of the upcoming film soon.

While the website is in Japanese, a loose translation from Google Translate comments on the purpose of the company. The statement explains that the aim is to help “consumers around the world learn about Nintendo characters through video, and to create unique videos that will remain in their memories forever.”

According to the Nintendo Pictures website, its secondary function is the “provision of motion capture recording.” This is more likely to do with video production for Nintendo IP movies, like the Super Mario Bros. movie, and TV shows than video games.