Switch OLED vs. Original Switch: Here’s What We Know 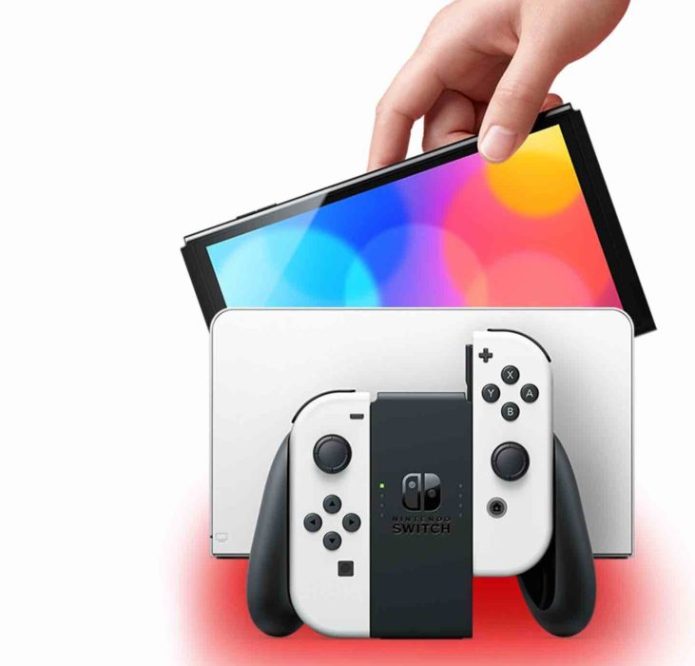 The so-called “Switch Pro” has been one of the worst-kept secrets in the video game world, and Bloomberg broke the news in March, so the Switch update wasn’t exactly a surprise.

The new Switch OLED model will be available on October 8, but if you already have a Switch — or a few Switches — is the OLED model worth picking up?

We’ll break down everything we know about the new Nintendo Switch OLED model and how it stacks up to the original Switch to help you decide.

Obviously, the screen on the Switch OLED is the biggest differentiator here.

The OLED Switch is approximately the same size as the original Switch, but the new model features a 7-inch OLED screen. Nintendo has trimmed down the bezels to fit a bigger screen in the same Switch package.

The kickstand isn’t awful anymore! You might remember the original Switch’s kickstand from all the times you tried to use it before realizing it was garbage. The OLED Switch’s kickstand runs the length of the screen and can be adjusted to a variety of viewing angles. It looks like Nintendo borrowed the design from Microsoft’s Surface lineup.

When the original Switch came out, a lot of people wondered why they didn’t include a built-in wired LAN port in the dock. Yeah, the original Switch and Switch Lite can connect to your Wi-Fi network, but if you’re playing online — especially competitively — the Wi-Fi connection just isn’t reliable.

This feature might not be that exciting for the everyday player, but the new built-in LAN port lets you play at the true speed of your internet connection, giving competitive gamers an edge.

With 64GB of internal storage, the new OLED model doubles the storage space of the original Switch. Unfortunately, for most Switch owners, that still means that they need to buy an SD card.

But we’re not complaining. 64GB is much better than the original Switch’s 32GB, but the expanded internal storage isn’t a good reason to upgrade.

The OLED Switch features “enhanced audio.” Whatever that means.

Again, it’s a cool upgrade, but the original Switch’s audio seems fine to me for what they are. You’re not expecting studio quality from tiny portable speakers, right? When I’m playing handheld and want a better, more immersive audio experience, I just plug in headphones.

Again, it’s a slight difference, but when you’re holding it for a long period of time, a little extra weight makes a big difference. (Just ask iPad owners.)

Nintendo says that the battery life of the new OLED Switch will last just as long as the original Switch model, approximately 4.5 – 9 hours. (That’s a huge range, right?)

The new Switch model is available in the familiar black with neon red and blue set, but for the first time, it’s also available in white. This new color features white Joy-Cons and a white dock.

Nintendo is keeping the Switch OLED model below $400, but not by much. This new, cooler revision comes in at $349.99, a little higher than the original Switch’s $299 price tag and the Switch Lite’s $199 price.

So should you pick up the new OLED Switch? Unfortunately, it’s not the Switch Pro that we heard rumors about. If you’re planning on playing primarily in handheld mode, upgrading might make sense, but Nintendo hasn’t said if the new Switch will perform any better than the previous model in docked mode.

For a lot of casual gamers, I think the OLED Switch will be a tough sell. But for more serious gamers, the built-in LAN port might be enough to justify the purchase.