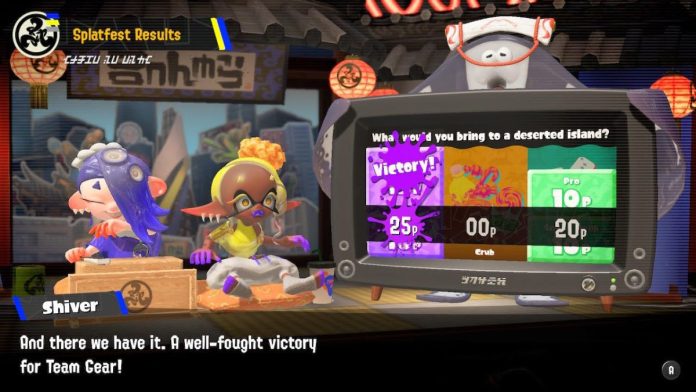 Nintendo has announced the final results of the first official Splatest for Splatoon 3 which took place over the past weekend. The announcement was made by the Splatoon North America Twitter account, confirming that Team Gear claimed the victory.

The first Splatfest, after the game’s official release, asked players what they would bring with them if they were going to be stranded on a deserted island. According to the North American Splatoon Twitter account, Team Gear won the event while Team Fun was in the lead at halftime but was pushed down into second place. Team Grub finished in last place.

The Splatoon subreddit this weekend was full of players discussing the Splatfest, complaining about the lack of Tricolor games, and discussing the teams they joined. Nintendo previously announced that there would be fewer Tricolor Turf War battles for this event and future Splatfests. The reason for this is that there were a lot of complaints from the demo’s Splatfest.