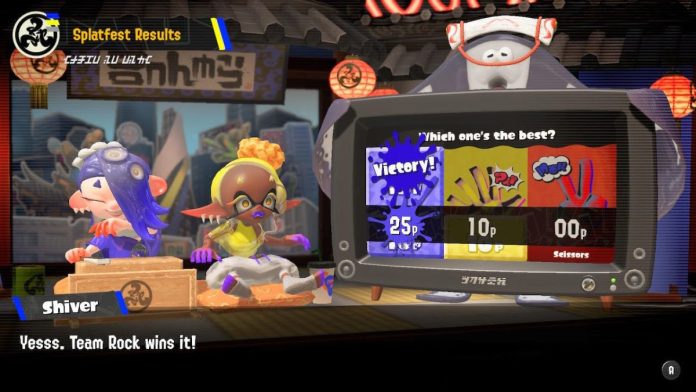 The Splatoon 3 Splatfest World Premiere took place this past weekend, and the winner of the very first Splatfest has been announced. The Nintendo of America Twitter account has revealed that Team Rock is the Splatfest champion.

Splatoon 3‘s first Splatfest was a Tricolor event with three teams fighting to be crowned the best in the game. The three teams competing were Rock, Paper, and Scissors, and it was a frantic start to Splatoon 3. While Team Scissors was in the lead for almost half of the event, they eventually fell from grace and were pushed down into last place. Team Rock was announced as the victors for every region despite an initial rough start.

Here are the final standings for the Splatoon 3 Splatfest World Premiere demo:

Splatoon 3 will be released on September 9.