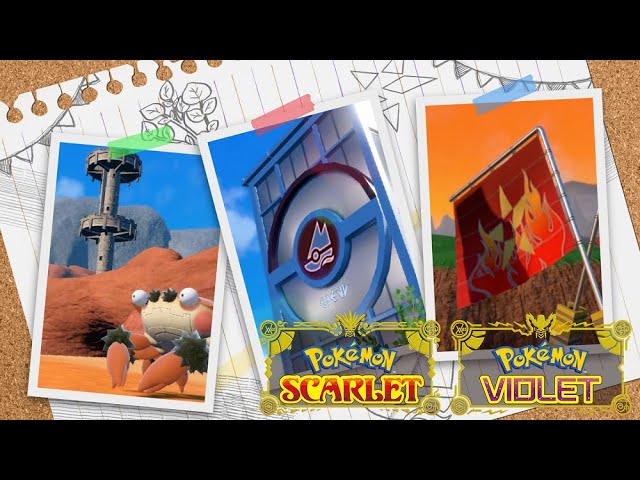 As promised, The Pokémon Company has just released a new trailer for the upcoming Pokémon Scarlet and Violet games. The trailer is just over three minutes long and gives us a new look at the games.

The new trailer includes previously unrevealed gameplay, a look at the rival team called Team Star, a sneak peek at Victory Road, and some glimpses of new Pokémon, too. The official website for Pokémon Scarlet and Violet has already been updated to include the new Pokémon revealed in the trailer, including the rock crab Klawf.

We also see Cyclizar being introduced with this new trailer. It’s another brand new and mountable Pokémon, but it’s not a legendary. If mounts are not limited to legendaries, then The Pokémon Company most likely has a few others to reveal that can be obtained earlier in the game. Cyclizar is even categorized as a “Mount Pokémon,” suggesting we can expect to see several others including in the Pokédex.

Nintendo of America also announced today that a special Nintendo Switch OLED is coming to celebrate the upcoming release of Pokémon Scarlet and Violet. As expected, Nintendo is releasing a special edition of its latest Nintendo Switch console with a Pokémon theme.

The upcoming Pokémon Scarlet and Violet Nintendo Switch OLED includes two specially-designed Joy-Con controllers with a unique scarlet and violet color. However, the console itself is covered with unique illustrations on the back of potential partner Pokemon in the games. The dock is also white and has special images of Legendary Pokémon Koraidon and Miraidon on the front.

Nintendo confirms the special OLED model will be released on November 4, just ahead of the upcoming game releases. It’s suggested retail price is $359.99, but retailers might charge more than this.