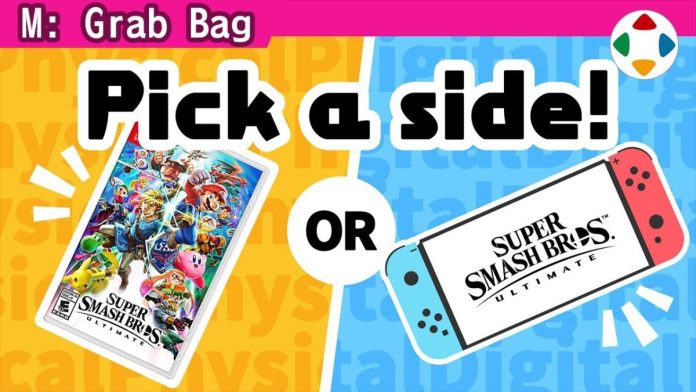 Forget the console wars — are you Team Physical or Team Digital?

In his latest Grab Bag episode of Masahiro Sakurai on Creating Games, Masahiro Sakurai says that he actually prefers buying digital games to physical ones. But the reason why might surprise you.

There are many reasons to buy digital instead of physical. A few years ago, I strongly preferred digital games, and I wrote about it for Nintendo Watcher. I talked about the controversies surrounding game ownership, how easy it is to travel with a digital game collection, always having access to your collection, and even how all the packaging and transport involved with physical games aren’t great for the environment.

For Sakurai, though, there’s a much simpler reason to buy digital games: He doesn’t have storage space.

“Personally speaking, I’m Team Digital all the way,” Sakurai says. Later in the episode, Sakurai admits that he simply doesn’t have room to store stuff since he’s gone independent.

That’s right. Sakurai, the famous Japanese game designer and director responsible for some of Nintendo’s most recognizable franchises — from Kirby to Super Smash Bros. — doesn’t have the space to store physical video games. At one point in the episode, he even shows how he stores his physical PlayStation 4 games in a binder with synthetic sleeves! (I wonder if he threw away all those PS4 cases.)

He notes that people sometimes give him physical games, but when he buys for himself, he purchases digitally, and he wouldn’t call himself a collector. He says that he doesn’t “get too attached to physical ‘things.'”