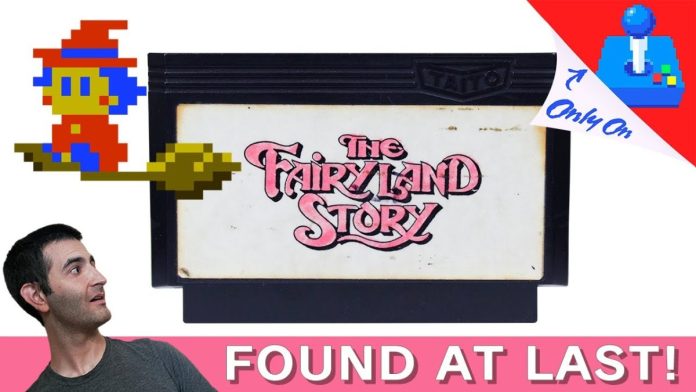 An unreleased arcade port has been recently discovered by Forest of Illusion, Hard4Gaming, and Gaming Alexandria.

The 1985 arcade release of The Fairyland Story was due to be released for home consoles in 1986, but unfortunately, it was canceled. While the port was seen in a few magazines during this time, it didn’t make it to release and was thought to have been lost to time. Until now.

Retro modder Fenris Retro purchased a bulk lot of Famicon cartridges on eBay which included a cartridge for the unreleased game, The Fairyland Story. The cartridge is a debug build dated April 25, 1986, and it’s playable. Hard4Gaming has released a video about the find and talks a bit about why the game was never finished.

It’s now been dumped online for everyone to take a look at. While Gaming Alexandria has a detailed page about the unreleased game, it also includes a link to where you can download the game. The ROM for The Fairland Story can be downloaded from Forest of Illusion.