Which Nintendo Switch to Buy 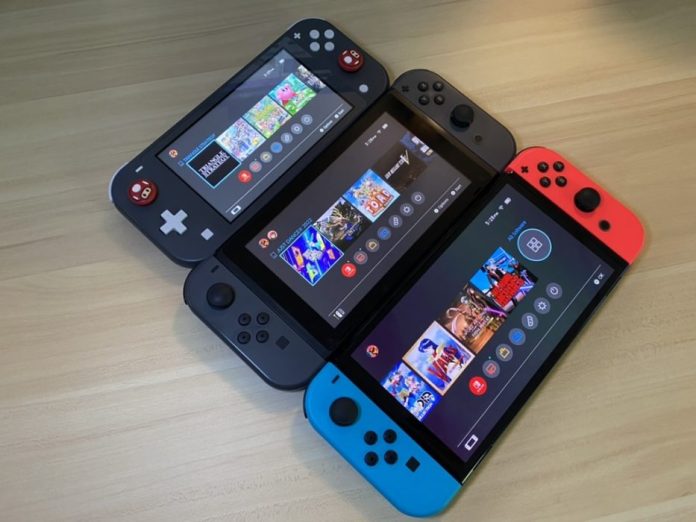 The Switch console family is Nintendo’s current line of gaming hardware. Despite being underpowered compared to Sony and Microsoft’s offerings, the Big N’s hybrid console and its iterations have been selling like hotcakes, with sales consistently in lockstep with the competition. What makes this plucky gaming device family so appealing is its versatility. From family-friendliness to portability, the benefits of owning one of these consoles are quite numerous.

Whether you’re in the market for a Nintendo console or are looking to upgrade or supplement your current Switch, we’re breaking down each version of the console to help you decide.

The first Nintendo Switch — dubbed the Original Switch — first launched globally on March 3rd, 2017, making a massive splash with gamers of all stripes and ages. Its main claim to fame is its hybrid and versatile design. The main unit looks like a tablet with spaces on either side for controllers to slot into for portable gaming. Gamers can also continue the action on a big screen by slotting the unit into a TV or monitor-connected dock, turning the Switch into a proper home console. On top of that, the controllers have their own bag of tricks.

Called Joy-Cons, these slottable split gamepads can be slid off the console and slotted into a special grip, converting them into a proper controller experience. The Joy-Cons also include Wiimote-like superpowers, with motion controls for playing various games, including the recently launched Nintendo Switch Sports. Finally, one of their coolest features is their haptic feedback which can emulate touching objects, but the tech has been severely underutilized.

Though not as powerful as the beastly consoles produced by its rivals, the Nintendo Switch’s internals pack some impressive power within its small shell. The magic all happens within the Switch’s system-on-chip, a custom NVIDIA Tegra X1 that contains the power of a quad-core ARM Cortex CPU and a Maxwell-based GM20B GPU. Supporting this SoC system are 4 GB of LPDDR4 RAM with 25.6 GB/s of bandwidth. The original Switch also comes with 32 GB of internal memory for game and system storage, which you can expand via SD cards. Finally, the device boasts a 6.2” LCD touchscreen capable of up to 720p resolutions, though when docked, the system gains a boost to 1080p on bigger screens.

When originally launched in 2017, the Switch’s battery life was a big point of scrutiny for gamers as the device was barely managing to remain powered for 2.5 hours of continuous gameplay. Admittedly, this was only for beefy games like Zelda: Breath of the Wild, with lighter titles clocking in at nearly 7 hours. Nintendo launched a mild refresh dubbed V2 with a more power-efficient Tegra X1+ chipset that boosted the device’s minimum battery life to 4.5 hours.

Even though we’re in the era of next-gen consoles capable of ray-tracing and other impressive tech feats, the original Switch is still a solid buy. It’s mainly an excellent choice for gamers who own a Playstation, Xbox, or gaming PC to operate as a supplement for playing Nintendo exclusives. It’s also a solid indie machine for getting some bite-sized gaming action on the go with the added option of carrying on to a big screen.

The original Switch model originally came out in two different colors: all gray and neon blue and red. But there were also a few special edition versions as well. Nintendo released an Animal Crossing edition and a Super Mario edition that includes a matching carrying case.

As is customary with Nintendo, they followed up the original Switch with a new version. Released in 2019, the Nintendo Switch Lite was a bit of a head-scratcher for gamers as it forewent all of the original’s hybrid tricks in favor of being a purely portable device. Given Ninty’s pedigree of handheld gaming consoles, though, it wasn’t entirely a surprise and proved to be a solid move as it sold almost 14 million units by the end of 2020.

Most would credit this figure to the device’s sub-$200 price tag, making it an ideal holiday gift for children. On top of that, the Lite sports a more petite, slimmer body than its older brother yet has almost no hardware compromises. Within its more compact shell, you’ll find the same hardware that power’s the original, albeit the more power-efficient Tegra X1+ SoC and the same amount of RAM, storage, and connectivity.

As its name implies, the Lite aims to be a lighter Switch, meaning the primary hardware compromise is in the screen department. The device rocks a 5.5” touch-capable LCD panel with the same 720p resolution spec as the original. Another downside is that the Lite cannot be docked to take advantage of the higher resolutions of a TV or monitor. The controllers are also not detachable, removing any hybrid capabilities from the device.

The Lite isn’t without its unique perks, through. Where the original relies primarily on special editions and Joy-Con colors to give it some personalization, the younger brother comes in various colors:

As the sales imply, the Lite still has a place in the market despite lacking in hybrid capabilities. If you’re an original or OLED Switch owner, having a more portable version of the console when space in your bag is limited is a good option. The Lite also makes for an ideal kids’ device.

To be clear, the Nintendo Switch Lite doesn’t work with all Switch games. If you want to play Mario Party, Just Dance, or other games that require Joy-Cons, you’re better off getting a full-sized Nintendo Switch system.

Nintendo never fails to surprise us with their antics, even when they borderline on the unpleasantly unexpected. Amidst ongoing rumors of a “pro” version of the Switch, Nintendo released yet another refresh of its hybrid console in the form of the Nintendo Switch OLED. The divisiveness of this version was the expectations being set by the grapevine of a new Switch with greater horsepower and 4K capabilities.

The OLED, though, had none of these features. Instead, it retained the internals of the V2 version of the original Switch with a few minor updates. As the name implies, the device boasts a crisper OLED touchscreen with a bigger panel at 7”. This upgrade arguably made the device more pleasing to the eye as Nintendo slimmed down the screen bezels, giving it a more contemporary look. Unfortunately, this bigger size didn’t result in higher resolutions in portable mode.

Another critical upgrade comes in the form of the Switch OLED’s dock. Apart from finally giving us a new color (white), it also includes a built-in ethernet port, which gamers have clamored for ages. However, this comes at the cost of one USB port.

A significant upside of the OLED is that it’s the first Switch version to come with a storage upgrade, doubling it to 64 GB while still retaining SD card expandability. Its adjustable stand on the back is also wider, giving it more stability when played in tabletop mode.

If you already own an original Switch, upgrading to the OLED is a tough sell unless you’d rather have a crisper screen. This holds especially true given that the new dock can be bought separately and is compatible with the older model. On the flip side, the OLED is fully compatible with most of the original’s accessories, though cases and bags may not fit it. However, for those new to the Switch family, this is the definitive version of the Big N’s hybrid console and a must-buy.

As mentioned above, rumors have been circulating through the gamer grapevine of a Nintendo Switch Pro being in the works. Sources and analysts have been chiming in on the chatter, with some even stating Ninty would be skipping it entirely to develop a next-gen console.

The rumored device is said to boast a new chipset dubbed project “Aula” that is reportedly based on the Tegra Xavier architecture. This chip is speculated to come with DLSS capabilities as a new Switch console is referenced in NVIDIA’s source codes.

Among its features, this possible Switch Pro is rumored to come with the following features:

Which Switch Version Should I Buy?

For the vast majority of people, the Nintendo Switch OLED is the Switch version they should buy. The Switch OLED model has a gorgeous 7″ OLED screen, gets up to 9 hours of battery life, and can play any Switch game on the market.

If you already have the original Switch that’s showing its age, or you have a Switch Lite and want to play docked, the OLED will feel like an upgrade in every way.