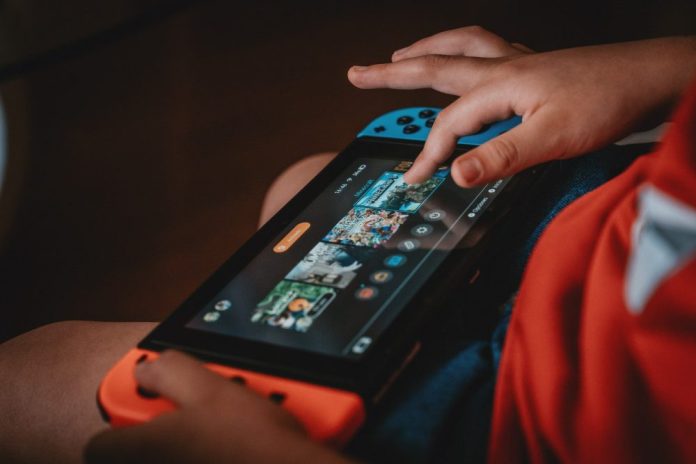 Over the last few console generations, the video game industry has been slowly transitioning away from physical releases to digital distribution. But as our home Wi-Fi networks have gotten better and faster, that transition had sped up. A lot.

Just look at Sony and Microsoft’s decision to build digital-only consoles for this generation. Or the popularity of digital gaming subscription services like PlayStation Now and Xbox Game Pass. Maybe before long, just the thought of ordering a physical game and waiting for it to arrive in the mail will feel a little quaint.

I’m not saying that physical games will totally disappear from store shelves any time soon, but I think in a few years, the majority of gamers will find themselves opting for a quick download over a trip to Target.

I know that some of you can feel your blood boiling while you’re reading this. I used to feel the same way. But after a few years of owning my Nintendo Switch, I’ve changed my mind. Take it from a former physical-only gamer, it’s time to go all (or mostly) digital.

Here’s why in the Nintendo Switch digital vs physical games debate, digital wins.

You Don’t Own Physical Games. Not Really.

Some people are opposed to buying digital games because they “want to own their games.” I know. I used to be one of them. But the reality is that we’re in the middle of a huge transition right now and what it means to own media — whether it’s a movie, a TV show, an album, or a video game — isn’t as simple as it seems.

Today’s game cartridges aren’t like your old SNES cartridges. Even if you bought a brand new Nintendo Switch cartridge today, chances are, you’re going to have to connect to the Internet — at some point — to update it, download additional content, or even to check if you’re allowed to play your physical cartridge. That’s right. In some situations, the Switch must be connected to the Internet to check if you can play the game, even if you’re playing offline.

Sure — you’re physically holding a cartridge, but without connecting to the Internet, you can’t play it. Functionally, how is that different from purchasing a digital version in the first place?

The Switch is designed for portability, but if you want to play a few different games while you’re on the go, that means carrying around multiple game cartridges. Most Switch cases come with around six slots for game cartridges, but that means that you have to decide what you’re going to play before you leave home.

What if you forget a game? What if you change your mind? Sorry — you’re stuck with the games you brought. With digital games, it’s easy to play any game in your library, no matter where you are. And switching from one game to another takes as few as four button clicks.

Never Lose (or Break) Your Game

I like to think that I’m not too careless with my games. When I’m done with a game cartridge, I always put it back in its case before playing another one, and I haven’t lost a Switch game yet.

But then I think about how many NES, SNES, Gameboy, 64, and GameCube games I had when I was a kid.

Where did they go…?

I guess I haven’t always been so careful with my games. But I still have all my old consoles, and if digital games had been around back then, theoretically, I’d still be able to play them today!

Fast forward 10 years: Will I still know where my cartridges are when I want to play Super Mario Odyssey on my original hardware in 2031? Maybe. But if I owned it digitally and it was downloaded to my Switch, I should be able to play it fairly easily.

Get Games Any Time

When I got my first Switch a few weeks after launch, it was hard to find physical copies of games. I remember driving to one Best Buy to pick up the Switch and then driving to another Best Buy across town to pick up Breath of the Wild. A few days later, I drove to Target to pick up the last copy of Super Mario Odyssey.

At the time, I was absolutely determined to buy physical copies of those games — and I’m still glad I have them — but the digital versions would have been just as fun to play, and because digital downloads aren’t affected by how many units a particular store can get, I could have brought the Switch home and played them instantly.

To be fair, doing away with all the plastic packaging games are shipped in isn’t going to suddenly reverse the climate crisis, but it wouldn’t hurt.

That’s not to say that digital games are good for the environment — Ashley Hagood over at ScreenRant makes a compelling argument about the environmental impact of physical and digital video games— but without all the packaging waste, the electricity used to manufacture a physical game, and the fuel that’s burned to transport hundreds of thousands of units, digital games look pretty good by comparison.

I think owning multiple Switches was the thing that made me turn my back on physical games. Over the last few months, I found myself playing my old Switch from 2017 in handheld mode. Unfortunately, I realized that the original Switch isn’t super comfortable to hold for hours at a time and the battery wasn’t as great as it used to be. I dealt with it for a few months, but when I found a deal on a new Nintendo Switch Lite over the holidays, I went for it. Now, my old Switch stays in the dock, and my Switch Lite goes with me wherever I go.

With my Nintendo Switch Online subscription, my save game data was already in the cloud and was automatically downloaded on both Switches, and it emphasized how much I was already depending on the Internet to go back and forth between consoles. After a few days, just keeping up and physically switching out cartridges felt clunky, so I started trying out digital games. After seeing how easy it was to go from one Switch to another without worrying about cartridges, I completely changed my mind about digital games.

So I’ve just written about 1,000 words that explain why you shouldn’t buy physical Nintendo Switch games, but I can’t just ignore the drawbacks. Like this one: You can’t sell your digital games. Or this one: If your Internet connection isn’t great, digital games aren’t actually that convenient. Or how about this one: Modern games can take up a ton of digital space. True, true, and true. But even with these downsides, for me, buying digital games has become much more convenient — and even sometimes cheaper — than buying physical copies.

Ultimately, for me, the benefits of digital game ownership outweigh the drawbacks. I don’t have to worry about losing or breaking a physical game, which is a huge plus for game preservation. I have instant access to my entire library at any time. And I can easily purchase and download games on the go without the need to go to a store or wait for a physical copy to be delivered.

I’m not saying that I’ll never buy another physical Switch game, though. If there’s a special physical release or a collectible physical release with something cool packaged with it (like my Super Mario Odyssey Cappy Collectible Coin), I’ll probably buy a physical version. But for me, there’s something so simple and easy about clicking a few buttons and starting a new adventure.

I only wish I would have gone digital sooner.